Walmart gets Back to the Future of grocery shopping According to the Wall Street Journal, Amazon is growing tired of selling products referred to as CRaP, which is short for “Can’t Realize a Profit.” Originally designed to be “The Everything Store,” Amazon prided itself on being able to offer products that met the needs of customers globally.

Unfortunately for Amazon, not all products are profitable to sell due to the product characteristics of each item sold. Water is inexpensive to buy but it is heavy, bulky and expensive to ship. Apparel, shoes, and books are smaller, weigh less and therefore cost less to ship.

Amazon loves selling books because the company prints copies of most of the books it sells in its own printing facilities after a book has been purchased online. The idea that Amazon has warehouses full of books waiting to be purchased is false.
Paper towels and toilet paper aren’t heavy but they are bulky thus making the items more expensive to ship. The cost of shipping bulky items is why Amazon prefers its customers buy bulky products using Prime Pantry.Amazon has created a logistics system to ship items with heavy and bulky product characteristics more cost-effectively through that platform.
I anticipate that Amazon will introduce a physical warehouse club either by creating its own brand or by making an acquisition. It is also entirely possible for Amazon to create an innovative distribution model whereby Amazon fulfills bulk orders from its Whole Foods stores using a rapid store replenishment model or specialized dark stores.
Costco and BJs Wholesale are the two-leading brick and mortar warehouse clubs. Boxed is an online warehouse club that distributes items in bulk from its own facilities. I have been on the record since 2013 that Amazon acquiring Costco would be the biggest acquisition ever in retail. It would also make Amazon the King of all retailers.
Regardless of the methodology, Amazon needs to improve its ability to sell and deliver items in bulk similar to Costco and other warehouse clubs. Amazon should acquire Boxed and turn over the bulk sales strategy to the executives from Boxed. Based on my interactions with the executives from Boxed, I believe they have the best long-term strategy and vision for bulk sales.
The Bottom Line
As a former supply chain consultant with Deloitte where I specialized in designing and implementing supply chain solutions for retailers, and as a former Amazon executive responsible for the worldwide expansion of Pantry and AmazonFresh, I was always concerned about the total number of products Amazon was selling for two reasons:

A key area of importance in retail and when designing a supply chain, logistics and transportation strategy is understanding the product characteristics of every item sold. To maximize profits, selling high-value items with low shipping costs is the optimal strategy. In the case of Amazon and most online retailers, they have no choice but to stock and sell products that are heavy and bulky or light and bulky. 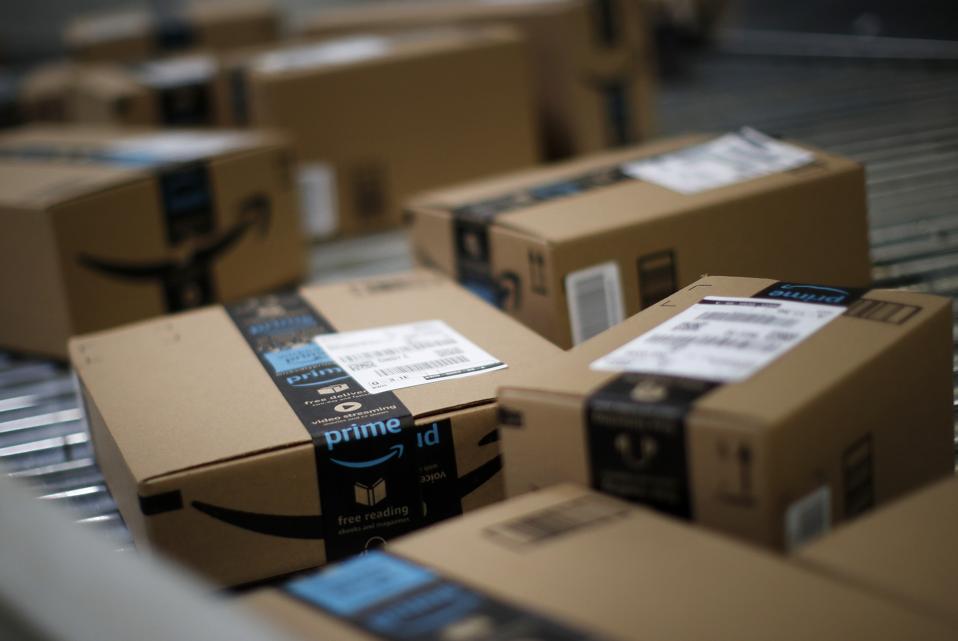 Product characteristics have a massive impact on supply chain costs and profitability, and Amazon has come to realize this fact.
According to the WSJ, Amazon has identified that heavy or bulky items it sells priced at $15 or less are too expensive to ship, and achieving a profit on such items is nearly impossible. In order to combat the problem, Amazon has conducted an in-depth analysis of the products it sells and is proactively eliminating unprofitable items from its assortment of products.
Amazon is also applying the science of logistics to reduce its shipping costs by requiring consumer companies to make changes to its packaging sizes for many items. Instead of shipping six-packs of Coca-Cola’s Smartwater to customers, Amazon is instead requiring Coke to increase the quantity to a 24-pack to reduce Amazon’s shipping costs per the WSJ.
Amazon must also work internally to introduce more rigor in how its customers place orders. For example, if a customer continually orders one 4-pack of paper towels every week, Amazon should incentivize the customer to leverage the Prime Pantry program so that the customer can instead receive one order of 20 paper towels monthly. It is much cheaper to ship one order of 20 paper towels vs. shipping four separate orders of a 4-pack of paper towels.
Amazon needs its own version of an online Dollar Store where certain items are sold at very low cost and delivered using the lowest-cost delivery method possible. Amazon can’t ignore that a large segment of the population in the U.S. depends on Dollar Stores for most of its retail needs. Hollar is an example of an online Dollar Store.
I recommend that Amazon identify all items priced $15 and below and move them to “Amazon Bargain” or “Amazon Basics” that would consist of select items being sold online and in stores. The stores could be utilized to dispose of discontinued items and excess inventory as well. In turn, Amazon can leverage a supply chain and logistics strategy that will maximize profits regardless of the channel.
Hollar, Dollar General, Overstock.Com, Big Lots and Save-A-Lot could be potential acquisition targets or strategic partnerships for Amazon. (Amazon only controls 4% of retail in the U.S. and 5% globally. Amazon can easily make additional retail acquisitions).
CPG And The Growing Threat Of Amazon
Due to the fact that Amazon is the hub of online demand generation, consumer packaged goods (CPG) companies have no choice but to make the required adjustments in packaging and quantity changes Amazon requests so as not to see their products disappear from Amazon’s website. CPG companies specialize in manufacturing home health, personal care, and personal hygiene products that people need.
Make no mistake: CPG companies incur increased costs and reduced revenue selling many of their products in bulk. This issue is frustrating to many CPG companies. I have witnessed an increase in the number of CPG companies contacting me for consulting and the majority ask: How can we ship direct to customers and avoid Amazon altogether? (There is a way for CPG companies to bypass Amazon and meet customer demand but that is a topic for a different article). 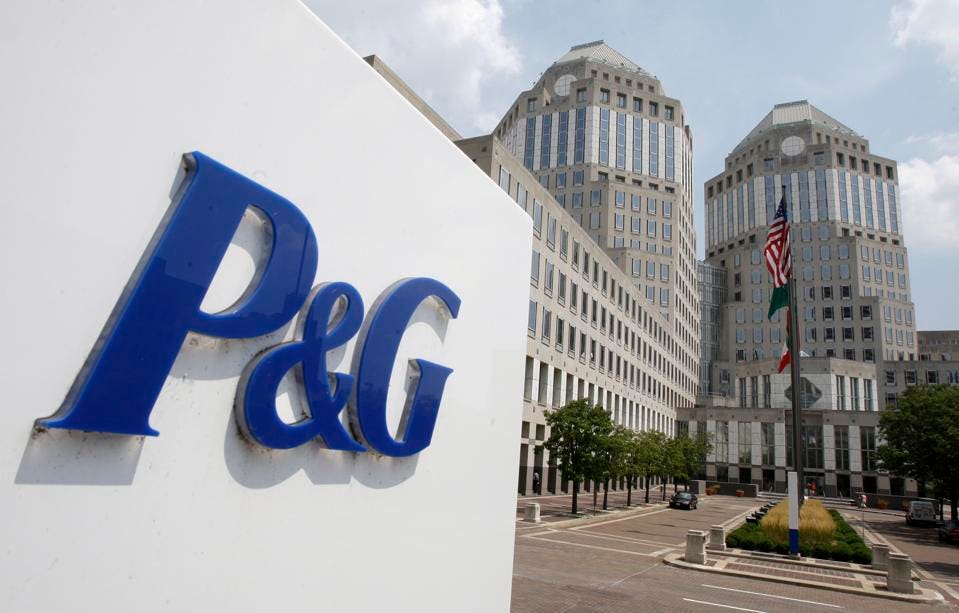 Procter & Gamble, the maker of Tide and Pampers, is a CPG company that Amazon may one day threaten. Photo Credit: Associated Press

The challenge for many CPG companies that want to ship direct to customers is the product characteristics of their products cause the same issues as the problems faced by Amazon. A heavy bottle of detergent or a six-pack of water isn’t cheaper to ship if it originates from a manufacturing plant or warehouse owned by the CPG company. (I know because I’ve conducted multiple studies on the topic).
In addition, there isn’t much demand by consumers to receive products direct from a CPG company. Consumers have easy access to grocery stores (there are over 38,000 grocery stores in the U.S.) and warehouse clubs like Costco, BJs Wholesale and Boxed all offer discounts in price and shipping for customers that order CPG products online or who buy products in bulk inside a store.
There is also the issue that Amazon is in effect becoming its own CPG company. Amazon understands that CPG companies sell products that regardless of the performance of the economy, customers will still buy the products. Amazon is investing heavily in creating its own private label brands.
I estimate that within 5 to 10-years, Amazon will be one of the largest CPG companies globally offering its own line of detergent, paper towels, toilet paper, household cleaning products, food products across many categories, and beauty products in Whole Foods, AmazonGo and online. This fact is misunderstood by CPG companies. Amazon is a channel for CPG products but Amazon is also a Trojan Horse that will take market share and wreak havoc on the CPG industry.
Note to CPG CEOs: Your business is not too complicated for Amazon to master. 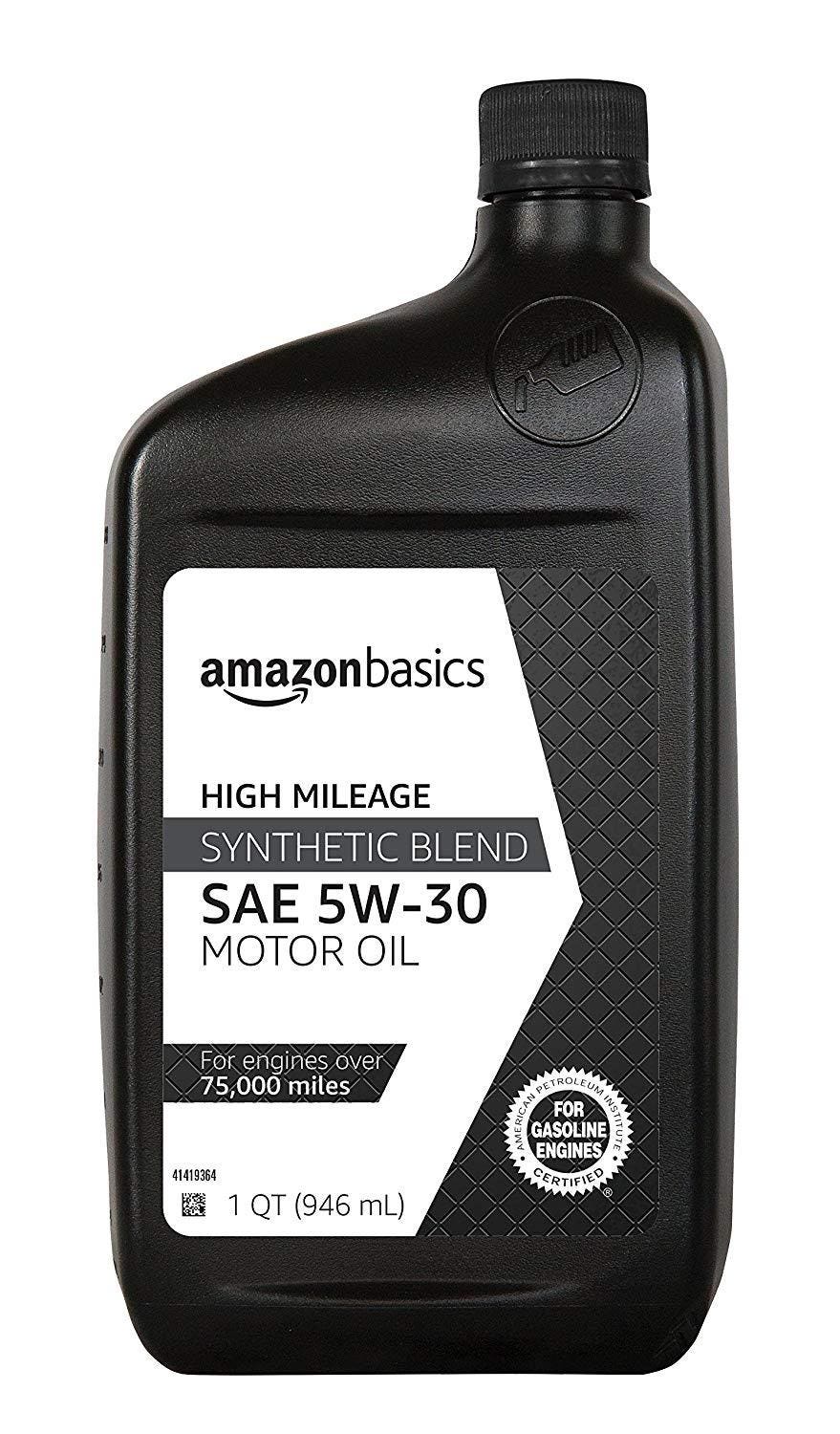 Amazon already offers its own brand of synthetic motor oil and 76 other products. Amazon is Thinking Big when it comes to private label and products sold by established CPG companies. As Jeff Bezosstated “Your margin is my opportunity.”
I have designed and implemented direct-to-customer programs for CPG companies but there isn’t a “one size, fits all” approach that can be taken. Going to direct to customers isn’t impossible but for now, CPG companies need Amazon and that isn’t going to change any time soon. Amazon is a very important channel for CPG companies.
All is not lost, however, for CPG companies. I have identified through my research and experience that CPG companies are overlooking an opportunity to significantly improve their business models. How? By acquiring a retailer. I can name several leading CPG companies that would benefit from acquiring Peapod, Overstock.Com (for its platform, solid team, and new headquarters but pivot the company away from its current focus) or Sprouts, to name a few. Note to Ahold-Delhaize: Divest Peapod.
My advice to CPG companies is similar to the advice outlined in the Wall Street Journal article: engage with Amazon. A phrase I often use when speaking with clients is, “collaboration accelerates innovation.” Amazon will not want to stop selling every product that’s unprofitable. Instead, Amazon will want to collaborate with CPG companies to find a way to make the products it sells more conducive to e-commerce and shipping.
Let me clear: any CPG company that doesn’t want to work with Amazon will eventually be replaced, one way or another.
Conclusion
Amazon must focus more on its bottom line as it expands globally. The mantra inside Amazon has changed from “focus on the customer” to focus on the customer and profitability. The larger Amazon becomes, the more difficult it will be for Amazon to run its retail business.
A shocking fact is that while Amazon’s profitability has increased over the years, it’s been driven by AWS, its cloud business, and its advertising business. If Amazon was forced to break up or chose to do so on its own, Amazon’s retail business would be on shaky ground as most retail analysts believe Amazon’s retail business is the weakest link in the Amazon chain. I agree.
Amazon has been successful in retail because the majority of retailers have underestimated Amazon. The largest grocery retailers knew that Whole Foods was Amazon’s best acquisition target yet none acted boldly to make the acquisition before Amazon. Failing to act by one has potentially sealed the fate for all. Amazon is Machiavellian in its approach to business (this is not a criticism, it’s a fact) and it gives Amazon an advantage.
Groceries are critical to Amazon’s retail strategy. Between 2027 and 2030, Amazon will become the second largest grocery retailer by sales overtaking Kroger. Between 2030 and 2035, Amazon has the potential to overtake Walmart.
No retailer can beat Amazon although Walmart will try.
Is Amazon invincible? No. Amazon can and will be dethroned but it will take a company from outside of the retail industry to do it. Who are the contenders? Google could’ve been a contender but I believe its strategy for e-commerce and especially groceries is woefully inadequate. Google Express is not enough, not even close. Frankly, I am very surprised at the lack of progress by Google in e-commerce and groceries.
Facebook as well as Microsoft/LinkedIn have the potential to out Amazon, Amazon. Facebook and Microsoft/LinkedIn are the biggest known threats to Amazon. (I believe the time has come for Facebook to remove Mark Zuckerberg as CEO. Sheryl Sandberg should leave the company).
Somewhere in China, maybe even Russia, an unknown contender is lurking.