June 4, 2018
Photos by WGB StaffLong since resigned to the notion that its flagship brand is a bit of a mismatch for big-city shoppers, Walmart will use a newly refocused Jet.com—and a high-tech, luxury-focused little sister called Jetblack—to tackle e-commerce for urban shoppers.Officials of Jet and Jetblack addressed journalists Thursday as part of Walmart’s Shareholders Week events in Bentonville, Ark. Jet brought out its newly named president, who discussed his vision for a personalized e-commerce offering built around curated grocery. Jetblack was revealed as the first public rollout from Walmart’s secret incubation lab known as Store No. 8, and is pioneering a voice- and text-based, members-only concierge service for wealthy shoppers in need of anything from a wrapped birthday gift to fashion to essentials such as toilet paper, including items originating outside of the Walmart retail family.
While both Jet and Jetblack fit into Walmart’s emerging profile as an omnichannel retail technology company with eyes on Amazon, they also illustrate that creating a platform for wealthy urban shoppers will look and feel quite different from the integrated digital and physical Walmart.com offering, featuring millions of shopping choices spread across the retail giant’s vast store footprint of middle America.

Both new offerings were set into motion upon Walmart’s $3 billion acquisition of Jet.com in 2016. At the time, Jet itself aspired to be a nationally focused, SKU-heavy Amazon killer, but Jet’s new President Simon Belsham said the offering today is evolving strictly to serve shoppers in dense wealthy cities on the coasts, where Walmart’s store network is considerably less developed and its brand less resonant.
Belsham, a former executive with Tesco and Ocado, among others, said grocery would be central to Jet’s offering, but would differ from its parent by offering a relatively tighter selection built around pantry essentials, in-season fresh foods and specialty and local offerings, or a combination he referred to as “milk, apples and pomegranates.”

Milk and other year-round pantry essentials, he said, would account for 60% of Jet’s sales volume, while “apples”—or the assortment of fresh items that tend to change seasonally—account for another 30%. Where Jet will differentiate in grocery is in the 10% of its volume generated from sales of “pomegranates”—or, unique on-trend items with strong resonance to local shoppers.
“You can’t build a business on pomegranates alone; they will only generate 10% of your sales, but they’re the things that your customers will always come to you for,” Belsham said. “They are the fashionable items that you really market your business around. They can drive footfall and the understanding of your brand. You have to have milk, apples and pomegranates to build an authoritative brand—but we don’t have to sell everything.”
The focused grocery offering will anchor a site also focused on curated selections in categories such as home goods, fashion, electronics, and beauty and health, said David Echegoyen, Jet’s chief customer officer. He said Jet will strive to deliver a tailored experience, unique assortments and “humanized” service that leverages knowledge of the customer to make the shopping experience easier and more relevant. Jet will be focused on “acquiring relationships” rather than acquiring shoppers or behaviors, he said.
“If you’re shopping for a vacuum cleaner, why should you ever look at 367 vacuum cleaners? You shouldn’t,” Echegoyen said. “We should be able to say, ‘Based on what we know about you, and what you’re telling us, here’s five we think you should look at.’”
Belsham made clear that Jet’s offering is still developing, particularly in areas such as food, which he confessed had a way to go—although, in his opinion, few online retailers are doing online food retail effectively yet, particularly in the U.S. Jet, for example, is at work reducing the packaging around its unattended fresh-food deliveries—a change made possible by transitioning from utilizing delivery services such as FedEx to services like Parcel, another newly acquired Walmart business focused on urban last-mile delivery.
“When I look at ecommerce today, no one is really doing food really well in the U.S., particularly combining it with a great general merchandise offering you can really build a relationship with customers with,” Belsham said.
“For me, food is special. Some people see food as a quite functional experience. I think of food as a very emotional experience,” he said. “Food defines culture, and culture defines food. It matters to people. And if you are serious about building relationships with customers, you’ve got to have food at its core.”
Text Shopping for the Ultra Wealthy 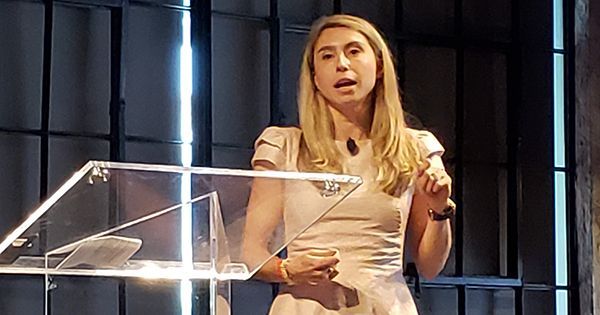 If Jet.com is focused on meeting needs of urban shoppers through new assortments and attention to service, the newly launched Jetblack will use technology to provide luxury concierge-type transactions for the very wealthiest of them. Launched in a stealth mode under the name Code Eight eight months ago, Jetblack is pioneering the use of voice and text messaging to provide what founder Jenny Fleiss described as “white glove, personalized, wow-worthy” shopping, available so far only to shoppers who live in Manhattan buildings with doormen—and can afford a hefty $50 monthly membership fee.
Jetblack offers members the ability to text nearly any shopping request, then finds the rightproducts and delivers them by courier the same or next day for no additional charge.
Jetblack is the first company to emerge publicly from Store No. 8, the incubator established following the Jet acquisition to pursue new capabilities that could impact the future of shopping. Walmart believes one of those capabilities is conversational commerce, or the ability to shop through text messaging, online chat or voice.
Fleiss described Jetblack as an ideal solution for time-strapped urban parents who may not have the time to even shop through traditional e-commerce websites or apps. A combination of artificial intelligence processing requests, consumer knowledge gleaned through a 10-minute interview for onboarding members, and a staff of shoppers and product experts behind the scenes then carry out requests for items across the home, health, parenting, fashion and wellness categories—although Jetblack does not offer service for cold-chain foods. Some everyday essentials may be sourced from Walmart and Jet.com, while other items and specialty products are procured from local brands and shops.
Fleiss said users during its closed beta-test in Manhattan were utilizing the service to buy more than 10 items per week, and buzz about the test resulted in a waiting list of “thousands” for the service.
This is all a far cry from Walmart’s conventional e-commerce offering, built upon its low-price heritage and dependent on leveraging its store base; although Fleiss said its development aligns with the tenets of the company’s overall e-commerce strategy, which calls for executing the fundamentals, leveraging assets and innovating for the future.
“This fits quite squarely in the ‘innovate for the future,’ but it also harkens back to the other two,” she said. “It’s fundamental that merchandising the correct product has always been essential for Walmart, and we do believe that [having] stores all over the country within 10 miles of 90% of the American population will in time let us scale this service, so even the most powerful player can deploy this at a cost that makes sense.”