Ahold Delhaize rolling out robots at all Giant, Martin’s stores 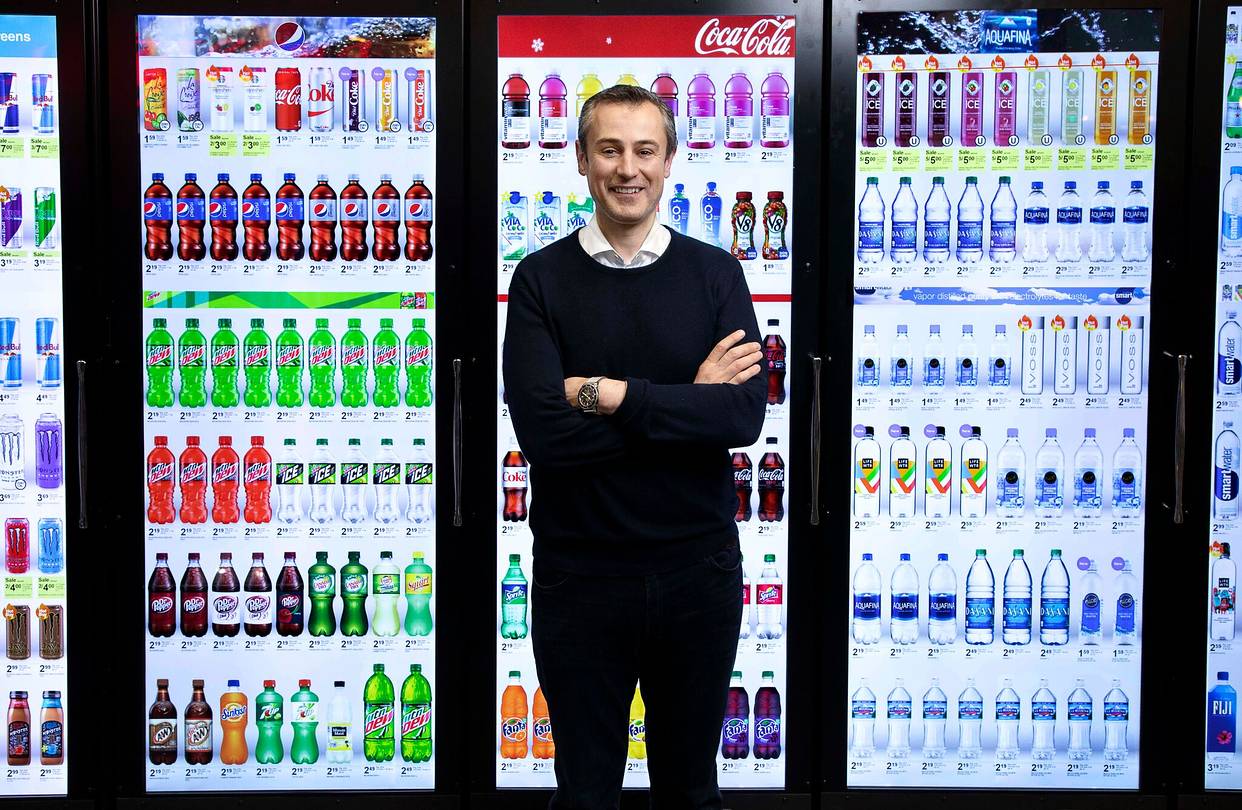 Walgreens Boots Alliance Inc. is testing a technology that embeds cameras, sensors and digital screens in the cooler doors in its stores, a new network of “smart” displays that marketers can use to target ads for specific types of shoppers.
The refrigerator and freezer doors act as a digital merchandising platform that depicts the food and drinks inside in their best light, but also as an in-store billboard that can serve ads to consumers who approach, based on variables such as the approximate age the technology believes they are, their gender and the weather.
This new technology could provide brick-and-mortar stores with a marketplace similar to online advertising. Ice cream brands could duke it out to get the most prominent placement when it is 97 degrees outside; an older man could see ads for different products than a younger woman.
Cameras and sensors inside the coolers connected to face-detection technology also can determine which items shoppers picked up or looked at, giving advertisers insight into whether their on-screen promotions worked—and can let a retailer know quickly if a product has gone out of stock.
The system is provided by Chicago-based Cooler Screens Inc., the brainchild of Arsen Avakian, the startup’s co-founder and chief executive and the former CEO of Argo Tea Inc. The idea was born in part out of his frustration spending hours in store cooler aisles trying to figure out how to promote Argo’s bottled ice teas, he said.
Cooler Screens’ other co-founders include former Walgreens Boots Alliance Chief Executive Gregory Wasson; Glen Tullman, executive chairman of health technology company Livongo Health Inc.; and Jamie Koval, former president of brand and marketing agency VSA Partners Inc.
Founded in 2017, the company has raised around $10 million in funding. Its most recent round of financing was led by Microsoft Corp. , which is offering software to power the Cooler Screens technology and infrastructure. 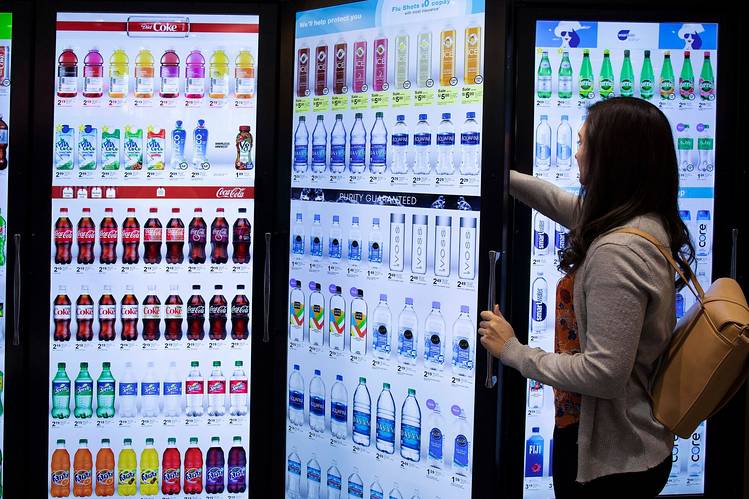 Cooler Screens offers a digital merchandising platform that depicts the food and drinks inside in their best light, but also serves as an in-store billboard that can serve ads to consumers who approach. PHOTO: COOLER SCREENS

Around 15 large advertisers have signed up to test the Cooler Screens platform, includingNestlé SA, MillerCoors LLC and Conagra BrandsInc.

A big barrier for MillerCoors is that half of shoppers aren’t aware beer is available in drugstores, said Brooke Roller, senior marketing manager of the small format channel for MillerCoors, in a statement. The Cooler Screens technology “gives us the ability to dynamically influence the shopper at the point of purchase and get them to add beer to the basket,” she said.

Cooler Screens is hoping to tap into ad budgets that are traditionally spent outside of stores, primarily in television and digital, rather than just scrapping over so-called trade marketing spending that helps get products on shelves in desirable locations and with the best promotion.
Morgan Stanley analysts estimated in a January 2018 research note that trade marketing spending in the U.S. reached $178 billion in 2017. Media-buying agency GroupM estimated U.S. media advertising investment, a figure that doesn’t include trade marketing spending, was $188 billion in 2017.
Ad revenue will be split between participating retailers and Cooler Screens on a sliding scale, with each side’s take ranging from around 25% to 75%, Mr. Avakian said.
Walgreens began testing Cooler Screens in a Chicago store in November and plans to extend the pilot to five more stores in San Francisco, and to Manhattan and Seattle by the end of January, according to Walgreens. Cooler Screens also is looking to expand beyond Walgreens.
Brands have had some opportunities to use sensors and cameras in and outside of stores for advertising before. Last November, in one example, the Movember Foundation men’s health charity ran a digital billboard campaign in Australia and the U.K. that served different messages to passersby, depending on whether or not they had facial hair.
Still, the idea of being targeted in-store with digital ads is unfamiliar to most consumers. Its success depends on balancing “what’s appropriate targeting and what’s potentially on the edge of being a bit intrusive,” said Jane Ostler, global head of media at the insights division of WPP PLC research company Kantar.
Mr. Avakian said a survey during the Chicago pilot found consumers strongly preferred the digital doors to standard ones and thought they made the products inside seem more appealing.
“The business model is not built on selling consumer data,” said Mr. Avakian. “The business model is built on providing intelligence to brands and to the retailers to craft a much better shopping experience.”
The company says it only produces and stores anonymous metadata that describes the size and demographics of an audience, and doesn’t store or transmit image data or unique identifying information about shoppers. Walgreens also is posting a privacy statement and a concierge to answer customer questions near the coolers in its stores that test them, a Walgreens spokesman said.

Write to Lara O’Reilly at lara.oreilly@wsj.com