The Trojan Horse: Will Instacart Become A Competitor Of The Grocery Retailers It Serves?

Brittain Ladd , CONTRIBUTOR Opinions expressed by Forbes Contributors are their own. 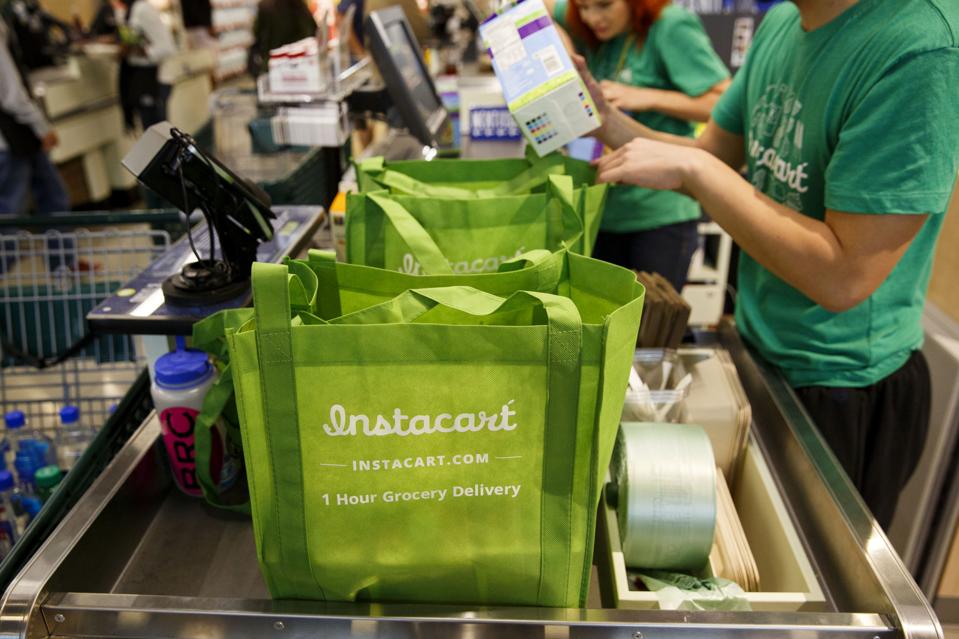 True story: Sam Walton, the founder of Walmart, is famous for using the phrase “steal shamelessly” when it came to keeping a close eye on competitors and applying the lessons learned to make Walmart a better company. Sam even wrote openly about stealing ideas in his 1993 autobiography Sam Walton: Made in America.

When Walmart was founded in 1962, its biggest competitor was Kmart. Being naturally curious and competitive, Sam made the decision that he was going to learn everything possible about how Kmart operated. Sam’s chosen method for learning? Go inside as many Kmart stores as possible to look around, and establish a relationship with executives from Kmart.

Sam Walton understood the importance of data to a retailer better than anyone. Data as it related to store operations, pricing, supply chain, technology, organizational structure, supplier relations, product assortment, promotions, consumer behavior and especially customer experience.
Walking into as many Kmart stores as he wanted and openly discussing retail with Kmart executives provided Sam with exactly the data he desired. Having unlimited access to Kmart allowed Sam to learn the two most important lessons about the company—its strengths and weaknesses.

And what did Sam do with the knowledge he gained? He modified Walmart’s business model to create a company that outperformed Kmart at every level, resulting in Kmart losing all relevance. Specific details on how Walmart grew can be found in the book Walmart: Key Insights and Practical Lessons from the World’s Largest Retail. 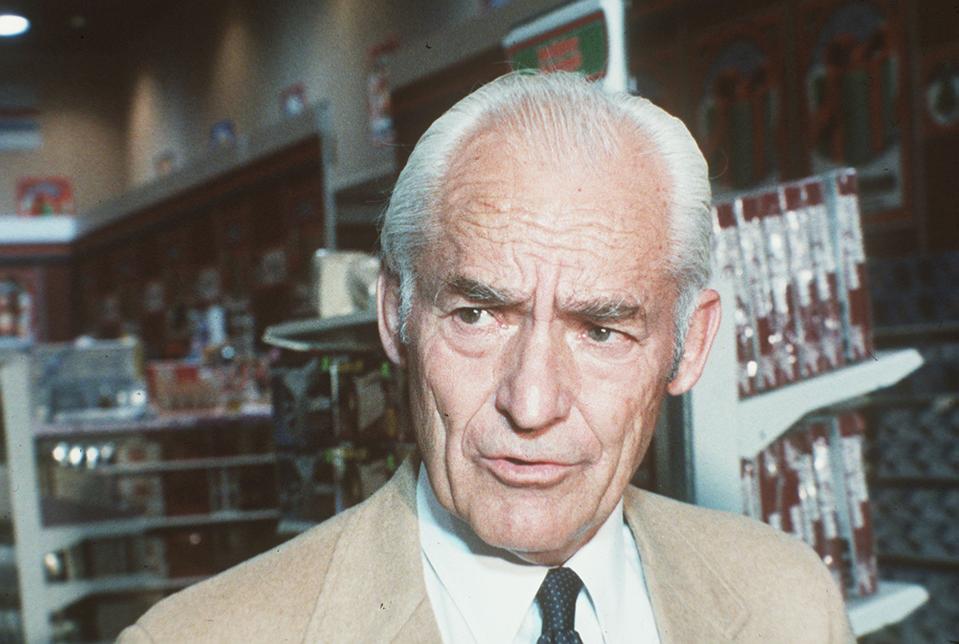 Sam Walton — the founder of Walmart and arguably the most influential and capable executive in the history of the retail industry.  (1985)(AP Photo)

The Trojan Horse
Fast forward to 2018 and once again we are experiencing a repeat of the process utilized by Sam Walton to decimate Kmart. This time the company so deftly gaining access to retailer is Instacart, which recently announced it is expanding into another city.
Instacart requires a grocery retailer to provide them with certain data and access so Instacart can set up the grocery retailer within its core systems. Retailers invite Instacart inside their four walls and voluntarily provide them with data whereas Sam Walton had to often use his wits and charm to get the information he wanted. Kmart wasn’t concerned about Walton as it didn’t view him or Walmart as a threat.
Grocery retailers have embraced Instacart as few grocery executives believe Instacart will ever become a competitor. Kmart was wrong about Sam. Are grocery retailers wrong about Instacart? If so, Instacart is operating in a fashion like the famous Trojan Horse in Greek mythology as grocery retailers are enthusiastically inviting in an entity with the potential to become a major competitor.
I strongly advise the grocery industry to crush all assumptions that Instacart will look and operate the same way three to five years from now. In fact, the mantra I live by is Crush All Assumptions about business in general. Case in point: How many grocery executives thought Amazon would acquire Whole Foods? What prevents Instacart from changing its business model? Nothing.
Instacart will have no choice but to expand its business model to survive. Amazon is accelerating the expansion of Prime Now for grocery delivery and Target has accelerated the expansion of Shipt to deliver groceries and general merchandise.
Sooner rather than later, the grocery delivery and online order fulfillment services provided by Instacart will become a commodity business as more third-party delivery companies enter the market, and established third-party delivery companies expand.
Instacart attempting to add more services to current customers and signing up small regional grocery retailers to add scale is not a strategy that will insulate Instacart from disruption.
Kroger’s partnership with Ocado will allow Kroger to end or greatly scale back their relationship with Instacart and other third parties for grocery delivery. I anticipate that many grocery retailers will copy what Kroger is doing and this will impact Instacart.
CommonSense Robotics will become the go-to company for retailers looking for an automated solution to fulfill online grocery orders as well as meet demand for groceries in rural and urban areas. CommonSense Robotics can even build and operate sites capable of performing a dual role – fulfilling online grocery orders and building pallets to replenish groceries to retail stores.
Grocery retailers that want to replace Instacart can turn to Delivery Solutions, a Texas-based technology company that can help enable an intelligent, orchestrated mix of in-house and third-party delivery capabilities. Many grocery retailers have come to realize that owning the last mile and maintaining a direct relationship with its customers is more strategic than outsourcing last-mile deliveries. Delivery Solutions gives command and control of the customer experience back to the grocery retailer.

Instacart is under pressure due to the myriad of changes taking place in the grocery industry that are directly affecting the retailers served by Instacart. Instacart must adapt. Below are options Instacart could consider:
1. Get acquired. Google, Facebook, Microsoft, Walmart or Cerberus Capital Management, among others, could acquire Instacart and create a re-imagined experience for groceries. Cerberus owns the grocery retailer Albertsons and is in the process of attempting to acquire Rite Aid. If given the choice of acquiring Rite Aid or Instacart, Albertsons should acquire Instacart. I believe Instacart, Boxed Wholesale and Sprouts are vastly more strategic to Albertsons than Rite Aid.
2. Instacart can sign a strategic partnership with or acquire Boxed Wholesale or any number of grocery distribution and product manufacturing companies. If Instacart and Boxed team up, the combined companies could expand deeper into grocery retailing, B2B and B2C bulk sales and distribution, private label grocery and CPG manufacturing, wholesale grocery distribution, etc. (Full disclosure: I recommended to Kroger in 2017 to acquire Boxed Wholesale with final instructions to be prepared to bid as high as $600 million to acquire Boxed. With an estimated value of $470 million, Boxed turned down Kroger’s offer of $400 million.)

3. Instacart can sign a strategic agreement with or acquire CommonSense Robotics. A combined CommonSense Robotics and Instacart offers very interesting possibilities for the grocery industry.
4. If able to raise the required capital, which Instacart has proven it can do, Instacart could acquire the online retailer Peapod from Ahold Delhaize. Peapod has exceptional opportunities for innovation and growth whether owned by Instacart or Ahold Delhaize.
5. Leading CPG companies would be wise to consider acquiring Instacart and copying the Walmart model. Walmart acquired Jet.Com to gain access to technology and a team of executives under the leadership of Marc Lore, who could breathe new life into Walmart’s stagnant e-commerce business. It worked. Instacart’s executive team is like the one at Jet.Com—visionary, smart and capable—and they would add tremendous value to a CPG company looking for ways to ignite innovation and growth.

I believe Instacart has every intention of exploiting its technology and business prowess to the fullest to grow and remain relevant. It is entirely plausible that Instacart, under the right circumstances, could open innovative Instacart-branded stores—especially if Albertsons acquires Instacart.
I’m not attempting to predict what Instacart will do, I am merely pointing out the fact that Instacart has options they can pursue to change and expand its business model.
The Ghost of Sam Walton
Aldi, Sam’s Club, Costco, Kroger, Whole Foods, Ahold Delhaize, Publix, Supervalu, Wegmans and Albertsons are all customers of Instacart. The retailers I listed just happen to be the leading grocery retailers in the United States and in the case of Aldi and Ahold Delhaize, global grocery leaders. Instacart serves over 200 grocery partners in the U.S. and Canada. Should the executives at these retailers consider the possibility that Instacart could become a competitor? Yes, they should and here’s why:

My advice to grocery executives who don’t believe Instacart may one day become a competitor is to learn from the past. Kmart executives used to sit and drink coffee with Sam Walton, someone they viewed as nothing more than a folksy CEO of a small company named Walmart who wanted to learn everything possible about how Kmart operated as a company. Walmart went on to become Kmart’s most formidable competitor by applying the lessons Sam learned from Kmart and other retailers. The ghost of Sam Walton lives on.