America’s latest grocery disruptor? It’s the Salvation Army. Baltimore today got the country’s inaugural location of DMG Foods (after the nonprofit’s motto, “Doing the Most Good”). Called the first-ever national nonprofit grocery chain, the goal is to bring good food to low-income residents in the country’s food deserts, nutrition-poor areas where people have no or extremely limited access to low-cost, healthy food.

Their goal is a sustainable store rooted in the community that helps locals eat “healthier, smarter, cheaper, and all of that,” Salvation Army spokesperson Gene Hogg said in a release. People who can’t easily purchase nutritious food tend not to eat it, unsurprisingly; the U.S. is actually plagued by this terrible phenomenon, and it often occurs in neighborhoods brimming with food outlets — fast-food chains that arguably worsen the country’s obesity epidemic as much as help end hunger.

As part of Michelle Obama’s Let’s Move campaign years ago, the USDA built a Food Desert Locator that mapped America’s “low-access communities.” Per the government’s definition — urban areas where at least one-third of the population lives a mile or more from a grocery store — almost all of northeast Baltimore qualifies, which is why the Salvation Army set up the inaugural DMG Foods there. At 7,000 square feet, it’s much smaller than your standard Kroger or Safeway, but the diminutive size should mean less back stock, which should in theory reduce overhead costs and waste less food. This all helps the Salvation Army wade into food deserts, parts of towns that for-profit grocery chains avoid because operating stores there is financially untenable.

The store aims to double the amount of food people on SNAP can purchase. (Ordinarily, they get the equivalent of about $4 per person per day.) But the nonprofit clearly did its grocery-industry research beforehand: Baltimore’s DMG features an on-site butcher, and premade meals and salads via a partnership with the Maryland Food Bank. It’s even got a house brand called Best Yet alongside other national brands. Basically, DMG is equipped with all the trappings of a rival like Whole Foods’ new lower-cost 365 line. Cooking demos are on offer (albeit with an end goal of teaching customers the “health value of the food”), plus there’s even a loyalty program called the Red Shield Club that extends discounts to members.

The nonprofit hasn’t outlined specific growth plans, but the early social-media response to the first location has been extremely positive: 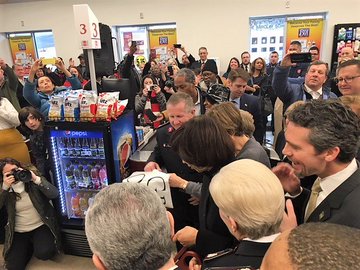 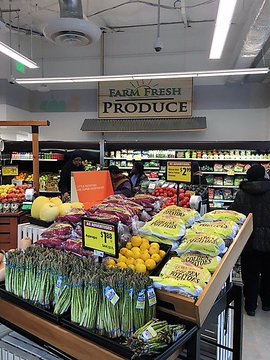 Thrilled for @hjweinbergfdn grantee @SalArmyCM on opening of DMG (Doing the Most Good) Foods: their first grocery store! An opportunity to provide fresh and affordable produce to 1,200 families in East Baltimore. http://baltimore.cbslocal.com/2018/03/07/salvation-army-grocery-store-opens-baltimore-northeast/ …

Very first EVER Salvation Army grocery store opens today in Baltimore neighborhood of Abel. Construction has been underway for months. This will provide fresh, healthy food for a severely underserved community. #WJZ 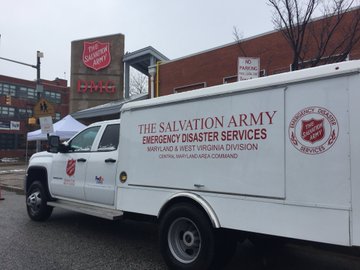 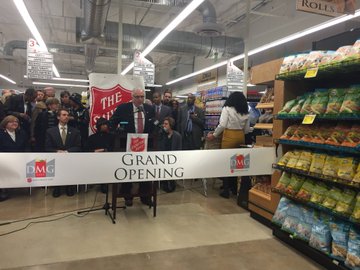 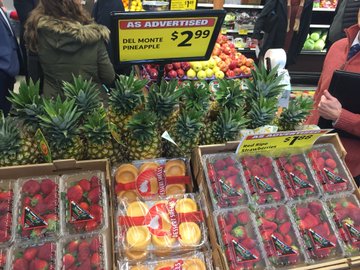