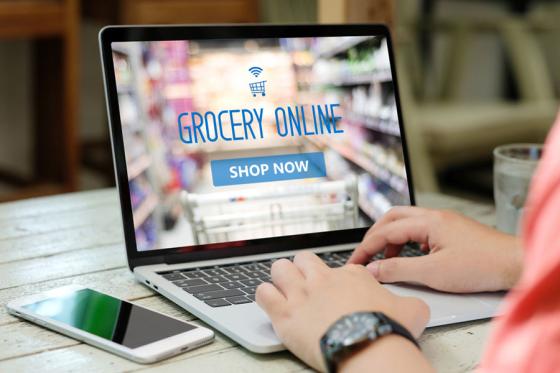 Online grocers have amassed more than $21.6 billion in sales over the past three year, data from Nielsen and Rakuten intelligence has found
10/03/2018
Total omnichannel sales for fast-moving consumer goods (FMCG) products have officially reached $1.01 trillion. That finding comes from what is said to be the “first complete and unifying look into the omnichannel landscape,” made possible through an exclusive agreement between Nielsen and Rakuten Intelligence, which combines Nielsen’s online purchase data (ePOS) and rich product reference data with Rakuten Intelligence’s extensive consumer-sourced panel.
The omnichannel retail universe encompasses online and offline sales, which are up 2.6 percent from a year ago, and 3.4 percent from the same time period in 2016. Ecommerce within the FMCG landscape accounts for 5 percent of total FMCG sales, but 40 percent of year-over-year dollar growth, Further, FMCG ecommerce is up 29 percent year over year, although at the moment it’s experiencing a wave of slower growth, down from 36 percent in 2017.
In fact, relative to total FMCG, today’s consumers are spending more online than in-store, with total growth up 0.1 percent, compared with ecommerce growth up 16.6 percent.
Online grocers, meanwhile have seen more than $21.6 billion in sales over the past three years, reaching 88 percent higher than 2017, at nearly $11.9 billion While that represents 26 percent of online FMCG, comparatively it’s a drop in the bucket versus in-store grocery stores, which raked in $413 billion this year.
What’s contributed to this outsize growth in e-grocery? The major online categories are coffee, up 6.9 percent in dollar growth; sports nutrition and cereal bars, up 14.1 percent; nutrition drinks, up 22.5 percent; tea, up 25.8 percent; and cereals, up a whopping 41.7 percent.
What’s more, the bridge between the online and offline retail world has become mainstream over the past two years. Whereas click-and-collect purchases, the bridge between online and in-store, represented just 18 percent of online grocery sales in 2016, they currently account for nearly half – 48 percent – of all online grocery purchases.
All figures are for the latest 52 weeks ended Aug. 25, 2018.
Share