This Is How China’s Largest Automated Warehouse Works 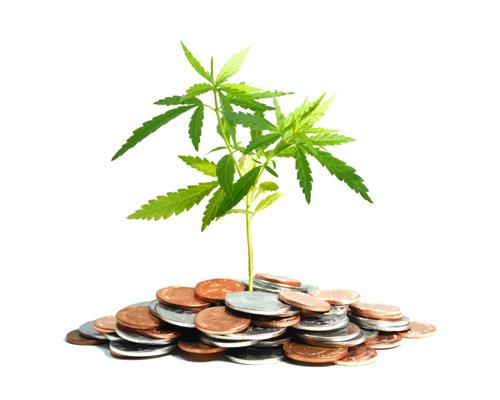 The marijuana industry is expected to hit $50 billion by 2026.

LAS VEGAS — There is a hot new category that could usher in huge opportunities for convenience stores. The bad news: It is not legal in all states and certainly not legal at the federal level.
That being said, marijuana has the potential to turn the convenience channel from the traditional ‘gas, smokes and cokes’ to ‘gas, smokes and tokes,'” said Melissa Vonder Harr, marketing director of iSEE Store Innovations and moderator of the “Marijuana: Capitalizing on a Budding Opportunity” education session at the 2018 NACS Show.
Vonder Harr noted that excitement in the space is understandable given the amount of money the category rings up.
According to Scott Sinder, NACS’ general counsel and partner at Steptoe & Johnson LLP, the marijuana business is booming, with Bloomberg reporting revenue will hit $50 billion by 2026.
Many states have legalized marijuana overall or in part — including the legalization of CBD-type products, medical use and recreational use. To date, nine states and Washington, D.C. have legalized full recreational use; 31 states, inclusive of the nine states, have legalized medical marijuana; and 22 states have bills to legalize adult-use marijuana this legislative session, he explained.
However, under federal felony law, marijuana is classified as a Schedule I drug similar to heroin and LSD. Therefore, those in the space today face banking, insurance and tax challenges
“You put your entire business at risk,” Sinder acknowledged.
In those states with legal marijuana measures on the books, there are running themes: allow for use over 21 years old; create a new regulatory body to oversee it; impose taxes; and geographic limitations.
The pitfalls for retailers? According to Sinder:

Don Rhoads, president and CEO of The Convenience Group LLC, based in Washington State, knows firsthand the challenges of marijuana retailing. Washington was one of the first states to fully legalize marijuana, and Rhoads has been in the marijuana business for four years now.
Citing numbers from a Marist College study, he pointed out that more than half of the U.S. population over the age of 18 has tried marijuana. Of the 55 million reported users, 52 percent are millennials and 16 percent are baby boomers. Thirty-eight percent are female.
Most interesting, he said, is that only 16 percent say they use marijuana to have fun, while 80 percent say they use it for other reasons, such as relaxation or pain management.
Speaking about doing business in his state, Rhoads explained that Washington State cannabis law mirrors the liquor laws of the state.
In all, there are roughly 1,300 growers and processors in the state and roughly 500 retailers. There are no licenses for growers, processors or retailers.
Looking at the ring, marijuana retail sales in the state totaled more than $1.3 billion in 2017 and are expected to be in excess of $2 billion this year, he said.
Ryan Sevigny comes at the space from the other side of the equation from Rhoads. Sevigny is the general manager of Landrace Farms and owner/operator of Hide Tide Ranch.
The normalization of legal marijuana has begun, he pointed out, remarking, “The train has left the station. We are not going backwards.”
But it has not been a smooth ride. “What they are trying to do in Washington State is set up an industry without issues, but there are issues every day,” Sevigny explained, pointing to standards in measurement as just one example.
So, who is buying it? Millennials are the main target, he said, but many other consumers are shopping the category as well.
Broken out, millennials spend $23 per marijuana transaction, Gen X $28 per transaction, baby boomers $32 per transaction, and the Silent Generation $38 per transaction.
Colorado is another state that fully legalized marijuana and is the home of Smoker Friendly International, which does not sell marijuana at its retail stores. However, Keelan Gallager, director of trade marketing and brands at Smoker Friendly, said there are ways to be profitable in the category without actually selling marijuana.
At Smoker Friendly, marijuana-related items fall under the umbrella of the “Alternative” category. Within that category, herbal remedies account for 43 percent, pipes account for 37 percent, smoking accessories account for 12 percent, and butane accounts for 8 percent, according to Gallagher.
When looking at the space, he said retailers should:

Still, capitalizing on the marijuana opportunity is not without risk. As Gallagher explained, retailers are responsible for knowing and obeying all laws. In addition, c-store operators must be aware of the possibility of offending its customers and its employees by adding marijuana items to the product mix.
By Melissa Kress – 10/08/2018