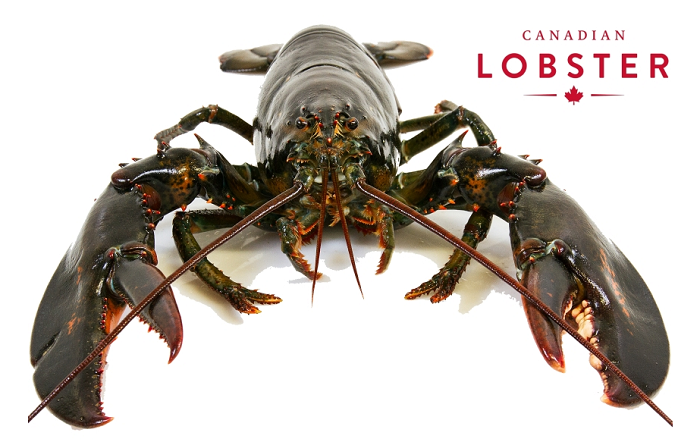 Nova Scotia-based Tangier Lobster does not cut corners nor does it nickel and dime transport providers. “We will pay extra for the very best logistics options because we have extremely valuable cargo and do not want to disappoint our customers,” Owner Stewart Lamont said. Photo credit: Tangier Lobster.

Stewart Lamont has built a strong Canadian live lobster exporting company, selling to 21 countries. He openly tells his customers they are not his first priority or even his second.
The founder and managing director of Tangier Lobster, near Halifax, Nova Scotia, freely admits the health of his pricey and precious cargoes and the reliability of his logistics strategy are uppermost in his nine-year-old company.
“We make a point in telling the client that we do not care about them, that all we care about is the lobster,” Lamont told JOC.com. “And if we care about the lobster, and make it foremost in our logistical planning and execution, it will work for the customer, which, in turn, will work for us.”

Tangier’s business philosophy moved three million pounds of live Nova Scotia lobsters by air freight in 2017 and should boost volume another 3 to 5 percent this year. But that alone is not driving the growth.
Tangier and the 100 other members of the Lobster Council of Canada are riding a wave of increased global demand for discretionary purchases. “Disciplined air freight distribution” and the new trade agreement completed last year between Canada and the European Union have let his 24-person company capitalize on it, Lamont said.
“There has been a significant demand for live lobsters worldwide in the last 10 years,” he said, adding that “China, with its growing disposable income and a migration from rural provinces to the cities in the last five years, has developed a voracious appetite for seafood generally and shellfish in particular.”
Currently, Tangier is exporting 60 percent of its lobsters to Asia, 30 percent to Europe, 5 percent to the United States and the Middle East, and the remaining 5 percent to Canada.
“With expanding trade relations, we think sales to EU countries alone will grow 20 to 30 percent in the next three years,” Lamont predicts.
Still, the world is not his oyster. Tangier’s export markets are constrained by supply, time, and distance.
“All lobsters are not created equally, and we only source and sell the best biological Canadian lobsters we can buy — from Nova Scotia fishers and other lobster dealers,” Lamont explains. “Canadian lobsters are viewed more favorably than American lobsters because we harvest them prior to molting when they are more fully ‘meated.’ American lobsters are often harvested after molting when the shell is softer and has less meat.”

Yet the backbone of Tangier’s business is what he calls “reliable, cost-effective, timely logistics. The elapsed time of a shipment to any customer in the world should be no more than 35 to 36 hours. We start counting the moment the lobster is pulled out of our Tangier holding facility. Our job is to find the quickest, most reliable transit to market.”
Here, Tangier does not cut corners nor does he nickel and dime transport providers.
“We will pay extra for the very best logistics options because we have extremely valuable cargo and do not want to disappoint our customers.”
Lamont personally heads a team that designs, oversees, and refines what he calls Tangier’s “lobster logistics strategy.” He contracts with three different freight forwarders at Halifax International Airport and two forwarders at Logan International in Boston. For competitive reasons, he declines to identify them.
“Each forwarder has a particular expertise in certain markets,” he said. “Our goal is to match up the strengths of the forwarders with the requirements of our customers. One forwarder knows Italy — its airports, practices, deliveries, congestions — better than our forwarder who serves us for South Korea.”
Boots-on-the-ground market intelligence everywhere Tangier exports is “critical,” he emphasizes.
In Boston, one forwarder focuses on Asia, and the other covers Europe. “We export only a small volume of lobsters to America, mostly to the hotels and restaurants in Las Vegas. America tends to be a price-driven market, and our wholesale prices are 50 cents to a dollar higher than American lobsters, but we’re well received in Europe and Asia.”

Lamont insists Tangier’s export program targets the top 20 percent of the international lobster market. “Therefore, our quality and logistics must measure up because our customers have very high expectations when they place an order with us.”
Tangier has relationships with a limited number of air carriers and doesn’t take flyers on promotional offerings from other airlines selling discounted space. The lineup includes Korean Air Lines, Air Canada, British Airways, Emirates, FedEx, UPS, and Cargojet, a Canadian freighter operator.
Halifax International has few direct flights to Tangier’s export markets, but Gateway recently built a temperature-controlled, on-tarmac facility specifically designed for seafood exporters. Tangier airlifts lobster shipments, ranging from 300 pounds to 3,000 pounds to Toronto, Montreal, Boston, or New York for connecting flights to destination export markets. “We rarely truck because it adds to our elapsed time.”
But that strategy is slowly changing. “As Asian demand for lobsters is increasing, we’re seeing more logistical options emerging in the marketplace, including charters direct from Nova Scotia,” Lamont said. He cites a regular Korean Air Lines 777 freighter to Incheon in South Korea and a Hainan Airlines chartered freighter to HFE Airport near Beijing.
The Tangier Lobster official said he is continually looking for ways to streamline his supply chain. “We’re raising our game through more creative logistical solutions as the volume and value of the lobsters increase.” That includes avoiding connecting flights and transfers where possible, 48-hour tracking and monitoring temperatures in transit, improved packing technology, and steering clear of airports with histories of delayed connections.
“Our goal is to reach a market with under 2 percent [product] mortality. We can’t have a shipment stuck in, say, Anchorage waiting for the next FedEx flight to come through. A reasonable airport connection for us is three to five hours.”
As this is written, Lamont is seeking to create new export markets in Cypus and Portugal, spurred on by the Canada-EU trade agreement. He is working directly with importers, distributors, and retailers “on the ground and not with brokers or forwarders.”
How does he differentiate Tangier from all the other Canadian — and US — lobster exporters? By being available to importers and individual customers around the clock, 365 days a year, Lamont replied. “By providing superior lobsters, superior logistics, and performing for clients. It should never be about price.”
In exporting perishables, he said the “entire world can be divided into two camps. Price buyers and quality buyers. If you’re a price buyer, we can do a little bit of business. If you’re a quality buyer, we can be friends for life.”