Buoyed by surging demand, less-than-truckload (LTL) carriers are revving up for 2018, warning that tightening capacity means sharply higher rates in a new era of pricing.

After nearly a decade of so-so profits, the $36 billion less-than-truckload (LTL) sector of the trucking industry is poised for impressive – if not spectacular – growth in 2018.
Nearly all trucking analysts agree that consistently steady industrial and retail demand, the tightening of overall trucking capacity throughout the industry, and LTL’s special operational niche all are factors in creating sparkling market conditions unseen in that sector in at least 10 years.
As Stifel analyst David Ross recently summed it up to the investor community: “Structurally, LTL still is set up really well for success.”
For example, unlike truckload (TL), there are few new entrants in LTL because of the steep initial economic outlay to replicate most carriers’ complex hub-and-spoke, brick-and-mortar terminal networks. At the same time, shortening supply chains, more emphasis on smaller and lighter loads, tighter capacity throughout the entire trucking industry as well as the e-commerce boom all point to more business for LTL carriers.
In the meantime, LTL carriers have certainly realized additional leverage from the tightening TL market. Recently, some large TL carriers started rejecting lighter loads of 5,000 pounds to 10,000 pounds, and that freight is now in the LTL space.
However, this era of tightening capacity is bad news for shippers, who stand to face another year of sharply higher rates – perhaps 5% or more.
Even with higher demand prospects, LTL carriers are weathering a blistering rise in costs – not just for drivers, but also for equipment and insurance. And while ecommerce demand is attractive for some LTL carriers, that additional business comes with sharply higher costs to reach remote locales with very little freight density in those markets.
In this article we’ll take a deeper dive into what LTL shippers can expect and all the factors that are forcing market analysts, as well as carrier executives, to predict stiff rate hikes for shippers in 2018.

Because of steady demand and tightening capacity, this is probably the best freight market for truckers in at least a decade. But this has repercussions for shippers, as regulations have tightened regarding driver hours of service.
This tightening of capacity is coinciding with booming freight demand while e-commerce continues to soar, meaning more freight for all carriers – even those not specifically chasing that market. 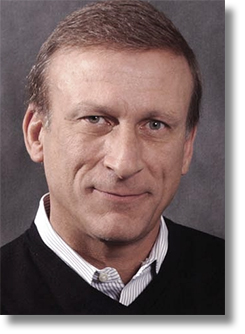 “Because we’re not an Amazon or Walmart carrier, we haven’t seen the surge that companies that do business with them have seen”Chuck Hammel,
President, PITT OHIO

On a scale of 1 to 10, Pitt Ohio president Chuck Hammel calls today’s LTL market conditions “a 6 or a 7. Our capacity is tight, but we have room for some more business,” he says. “Because we’re not an Amazon or Walmart carrier, we haven’t seen the surge that companies that do business with them have seen. I consider this a good thing.”
According to Wayne Spain, president and COO of Averitt Express, the current market “is an 8 out of 10.” He cites the recent mandate for electronic logging devices (ELDs), the tight driver supply and the overall economy as the key drivers for this high score.
“While the ELD mandate may lead to more tightening of capacity after the April 1 leniency deadline, another factor to look for is the effect of the new tax law,” he says. “We may also see a surge in companies ramping up production as they seek to grow their market share in 2018,” he says.
Darren Hawkins, who assumed the role of president and COO of YRC Worldwide on Jan. 1, says that having three straight quarters of GDP growth in excess of 3% was a sure sign of a great freight market. He adds that this is the strongest U.S. industrial market since 2008.
“We’re a reflection of the economy,  a leading indicator,” says Hawkins. “Overall economic fundamentals are the big thing. Our customers have more balanced inventory with constant replenishment needs. That keeps freight flowing consistently, without the ebbs and flows.”

According to Myron “Mike” Shevell, chairman of the Shevell Group, parent of New England Motor Freight (NEMF), one factor working against the carriers is the growing lack of qualified, available drivers.
The tight overall labor market is crimping supply at the same time that tighter driver regulations are serving to limit their pay – as most drivers are paid by the mile, not the hour.
“The driver situation is just pathetic, says Shevell. “And it’s going to continue to get worse. Drivers continually are under tighter scrutiny whether it’s for drug use, terrorism protection or the government continuing to crack down on fatigued drivers.” 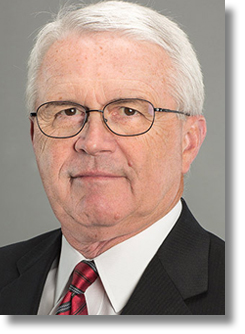 “We may also see a surge in companies ramping up production as they seek to grow their market share in 2018”Wayne Spain, president and COO of Averitt Express

Shevell’s advice for shippers to better manage this situation is to “work with your carriers” to take costs out of their networks, reduce waiting time at docks and other facilities and realize that truckers have to make a profit as well. “Ninety-nine percent of our industry is just making pennies on the dollar as far as profits,” he says.
“In the meantime, we’re making huge investments in trucks, drivers, and facilities.”
Finding drivers in LTL wasn’t always as much of an issue as it’s been in the TL market. With shorter line-hauls and average lengths of haul, LTL carriers could nearly guarantee most drivers could be home every few days – unlike TL drivers who hit the road for weeks at a time.
“It’s becoming a problem in the LTL industry too,” says Pitt Ohio’s Hammel. “As an industry, we need to start recruiting young employees and train them as drivers. Our industry has mostly baby boomers and they’re beginning to retire.” He adds that most trucking companies merely “poach” drivers from other trucking companies, “and that is not sustainable.”
Giving new drivers sign-on bonuses – as much as $10,000 after one year – is all the rage, adds Hammel. “However, that’s not helping the overall supply of drivers. What we need more than anything is to increase driver pay substantially. In fact, I could argue that truckload driver pay needs to increase at least 40%.”
LTL drivers can make in excess of $60,000 annually, substantially more than the average TL driver. In truckload, driver pay starts around $40,000 and peaks around $50,000-$55,000, depending on experience.
Rick O’Dell, president of LTL carrier Saia, says that indeed, the driver market continues to be challenging. “But in the long-term, in order to achieve an economic return on capital, rates will increase in order to compensate for continuing driver wage pressures, benefit costs, and the substantial equipment and technology investments required to meet customer expectations.”
Satish Jindel, the principal of SJ Consulting, a firm that closely tracks the LTL sector, says that LTL carriers ought to use the well-publicized driver shortage as ammunition in rate negotiations with shippers. “Drivers are a factor in terms of capacity, but everybody is facing it,” he says. “It’s an opportunity to raise prices. It’s simply supply and demand. If you’re not making money now, maybe you should get out of the business.” 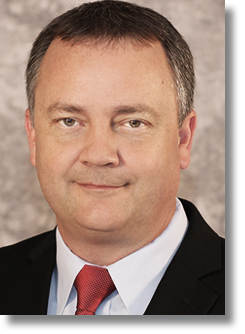 “Our customers have more balanced inventory with constant replenishment needs, and that keeps freight flowing consistently, without the ebbs and flows”President & Chief Operating Officer at YRC Worldwide

The boom in e-commerce has created a surge in demand for home delivery of everything from diapers to dishwashers, and most LTL carriers have a unit and more than a few trucks and drivers reserved for this business since rates are higher generally for home-delivered goods than general freight.
However, carrier costs are much greater to fulfill this demand due to the many remote delivery destinations with little freight density in the area – and rarely a backhaul. “We’re not chasing this market at all, but by default, we are getting a lot more of this business anyway,” says Pitt Ohio’s Hammel.
“I’ve heard some horror stories about service problems with Amazon carriers due to the tremendous surge that Amazon creates.”
So LTL carriers face a conundrum of sorts. How badly do they chase the last-mile market? Executives are wrestling with that question, weighing the benefits of all that ecommerce freight with the additional costs that last-mile deliveries have in remote locales.
“It’s good business, but it’s too soon to make a judgment,” Shevell explains. “It’s going to be part of the LTL process, but it’s very costly. In New York, with all its crazy regulations, the politicians want everything delivered in the middle of the night. I got news for them: They’re not going to get drivers to work in the middle of the night delivering small packages, it’s just not going to happen.”
Analyst Jindel adds that e-commerce should be a boon to volumes, revenue, and profitability, the bottom line depends on how that freight is priced. “When you boil it down, that’s a function of pricing discipline,” he says.
Jindel’s advice for carriers: “Don’t bring on a customer because it’s a big name,” he says. “It doesn’t matter when you go to the bank whether it’s Amazon or some small XYZ company. Amazon can be a great customer but that’s up to the carrier and how it prices its freight. In the end, that’s not Amazon’s problem, it’s the carrier’s problem.”
As Hammel alluded, even carriers that aren’t chasing e-commerce are benefitting because it’s adding volume they never thought would affect them. “And LTLs should take advantage of that,” says Jindel. 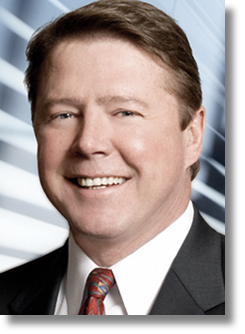 LTL executives are trying to do exactly that, but they say they must guard against promising too much in the e-commerce space without getting adequately compensated. NEMF’s Shevell says that e-commerce giants like Amazon have to be treated like any other large shipper.
“If they need you, they’ll be your friend,” he says. “At end of the day, Amazon needs carriers just like everybody else.”

Taking all of these factors into consideration, LTL shippers should brace for rate increases of 5% or more this year, but that’s only part of the bad news. It’s not just the base rates that are rising, experts say.
“There is better dimensional pricing and charges for accessorials such as Saturday deliveries, inside deliveries and other special needs,” says Jindel. “And shippers should realize this environment is not temporary; in fact, it should continue for most of 2018.”
Pitt Ohio’s Hammel says that most shippers are “very aware” of the new environment for LTL freight. “They realize it, however, they still fight to keep their rates from increasing too much. Some are putting their business up for bid elsewhere and receiving rate increases anyway.”
NEMF’s Shevell says that savvy shippers realize if more companies exit the business – more than 7,500 have done so since deregulation in 1980 – that means fewer choices and probably higher rates.
Shevell, who’s been in the industry for 60 years, recalled that in 1935, when regulation started, it was because the carriers were beaten up due to the Depression and couldn’t make a decent return on investment. He emphasizes that he doesn’t want a return to the regulated environment, but the situation with some carriers recently has been very dire.
Jindel adds that his analysis shows the operating ratios of the LTL carriers he tracked in 2017 showed a decent profit – an operating ratio of around 90%, collectively. “Pricing discipline has improved since the Great Recession 10 years ago,” he adds. “They need to maintain that. Once you get that discipline in place, you never let go.” 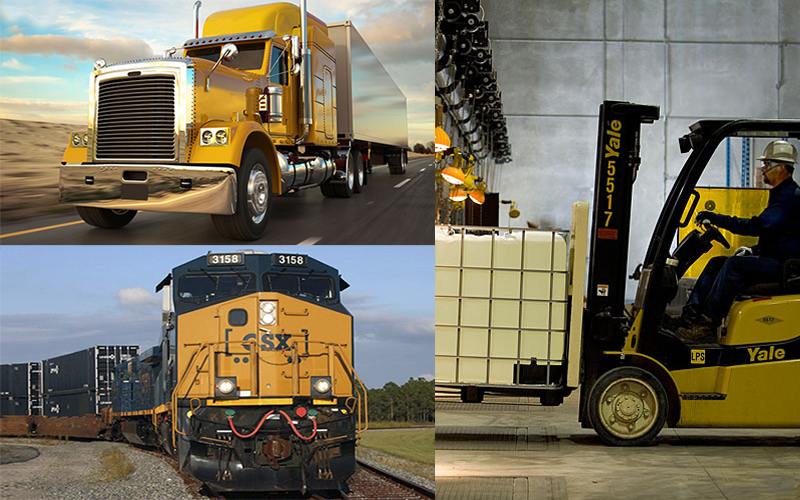