Walmart flexes its muscle against Amazon 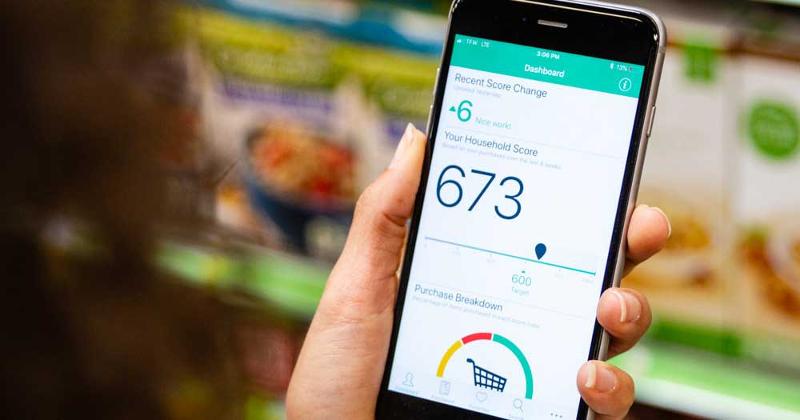 By Natalie Taylor
What is “healthy?” It’s a question most consumers face with confusion while shopping the grocery store, and a question The Kroger Co. is out to answer.
With a mission to not only redefine the grocery customer experience but also to “feed the human spirit,” Kroger has been upping its efforts around personalized wellness, sanctioned by its squad of nutrition health experts, tech teams and data powerhouse 84.51. Following a soft launch in May, the Cincinnati-based retailer officially debuted its latest personalized wellness resource, the OptUp app, at an intimate event Nov. 12-14 at the Sanctuary Camelback Mountain Resort in Scottsdale, Ariz. The focus of the event targeted consumers’ lack of cohesive nutrition information and healthcare around preventing and curbing chronic illnesses in the U.S.
Indeed, the segregation of the healthcare and food manufacturing industries has led to skyrocketing statistics of diet-related illnesses such as heart disease, obesity, diabetes and cancer, as well as mass consumer confusion around health and nutrition—not to mention a hefty $3.5 trillion annual cost of healthcare in the U.S. Food undoubtedly has a direct impact on overall health, yet accessible information around nutrition is inconsistent and generally dispersed among several different groups—including databases of the U.S. Department of Agriculture, research organizations and food manufacturers—and consumers simply don’t know how to connect the dots, Kroger officials explained. As such, 8 in 10 customers are confused about nutrition, according to Kroger, and less than half are able to associate food with a nutrient they care about.

Enter Kroger’s team of 22,000 nationwide nutrition experts, hired over the years not just to serve as an in-store resource for curious customers but also to dive deep into the root of health issues dominating the U.S. demographic and to uncover food-related solutions. Kroger officials at the launch event shared their vision of blurring the lines between the healthcare and food industries, embracing a “food as medicine” mantra, beginning with OptUp. As part of the retailer’s Wellness Your Way platform, in support of the Restock Kroger initiative, the app is designed to help consumers make healthier purchase decisions through a seamless, gamified interface, bringing concise nutrition information and personalized better-for-you recommendations to shoppers’ fingertips.
“If we want a healthier America, we have to give people the option to be healthy,” Allison Kuhn, director of nutrition for Kroger, said during the OptUp launch presentation.

Driving such drastic change in the health and food industries requires the participation of all parties involved, officials noted. In collaboration with healthcare companies, including UnitedHealthcare, Kroger said its nutrition experts analyzed nutrition facts and ingredients lists of 170,000 different food products to determine the causes of diet-related illnesses—which are correlated with foods higher in saturated fat, sodium, sugar and calories, as well as lower in fiber, protein, and fruit or vegetable ingredients—and developed a standardized nutrition ranking system, based on a nationally recognized nutrient profiling system.
With that, OptUp ranks food items from a score of 1-100 based on their nutritional value, categorized by highest, medium and lowest scoring foods. Items with a score of 71 or higher are lower in saturated fat, sodium, sugar and calories, and generally higher in fiber, protein or ingredients like fruits nuts and vegetables. The retailer recommends that at least 50% of shoppers’ purchases reside in the highest-scoring, or green, category, which includes fresh produce. Items in the 36-70 point medium-scoring yellow category are somewhat higher in saturated fat, sodium, sugar or calories, or may have lower fiber, protein and produce content compared to those in the green category, while those in the lowest-scoring red category, in the 1-35 point range, are meant to compose just 10% or less of a shoppers’ purchase. (For WGB’s complete breakdown of Kroger’s OptUp app, click here.)
While these food nutrition rankings may appear as an attack on certain food brands and products, Kroger officials said they are not necessarily looking to call out or punish manufacturers but rather incentivize them to reformulate their products or introduce new offerings that are in line with consumers’ nutritional needs. With the app designed to make alternative better-for-you recommendations based on nutritional value, even Kroger had to look at the quality of its own brand products, which did not always score in the green or yellow categories. But with a mission to provide full transparency and a reliable health resource, the retailer has begun reformulating its products with the help of its registered dietitian team to offer healthier foods. 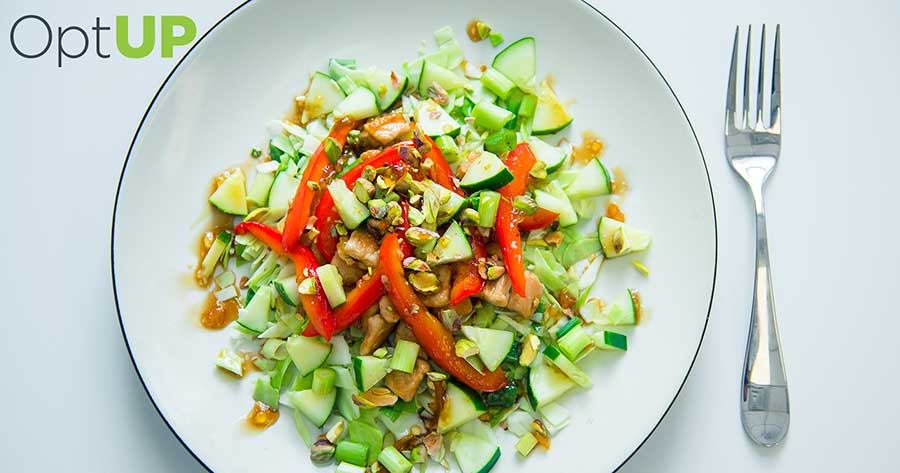 Photograph courtesy of Kroger
“We interact with our brands group on a weekly basis around [raising] scores by reformulating—not by manipulating—by reformulating,” said Chance Cole, VP of Kroger Health. “So we taste test everything. We have to balance against that, because if we take something that was a 40 and we reformulate to get to an 80, and it tastes like cardboard, then that’s not going to work.”

Eventually, Kroger envisions the entire grocery industry uniting in the adoption of its enhanced nutrient ranking system to create a unified approach to healthcare and food, resulting in an overall healthier nation, said Colleen Lindholz, president of Kroger Health. But are consumers ready?
Kroger is not the first retailer to introduce a wellness app, but it seeks to differentiate among others by leveraging customer loyalty data acquired over the past 20 years to offer personalized product recommendations, officials said. With 9 million daily shopper transactions across its 2,800 stores, Kroger has amassed a whopping 10 petabytes (equivalent to 10 million gigabytes) of customer transaction data, which its team of technology experts and 84.51 members have been studying to determine customer behaviors and shopping habits—from brand preference to dietary needs to how they live their lives.
OptUp was born to mirror Kroger’s findings for the shopper to see, officials said, reflecting loyalty data in an interactive platform for the customer to visualize their own habits and begin making healthy changes over time. Different from other health apps, OptUp does not require any information input from the user, as all of the data is automatically imported once the user signs up with his or her Kroger Plus account.
Officials said the app does not aim to drastically alter a customer’s diet or lifestyle but rather nudge them toward eventually integrating healthier foods into their existing lifestyle via suggestions, such as swapping regular peanut butter for a fat-free option. Kroger has also partnered with several brand influencers, including Lori Taylor, founder and CEO of The Produce Moms, and Debbie Matenopoulos, TV host of “Home & Family,” to help inspire and connect the consumer to OptUp.
“For me as a consumer … it’s easy. Nothing about it is intimidating. Nothing about it is judgy. Nothing about it is telling me that I need to do this versus that,” said Matenopoulos. “It’s just something that’s attainable, that’s sustainable, that isn’t going to price me out. I say it’s an equal opportunity app, and I really like that.”

With real-time updates following every purchase, OptUp offers a gamified, interactive experience in which users can not only access nutrition data, dietary tags and purchase recommendations but also track their progress and see immediate results of how the foods they buy impact their OptUp, or “health,” score. This experience is what Kroger officials believe will retain user engagement and enact real change in the way consumers take control over their health, inspiring shoppers to work toward selecting items that will increase their overall score. Since the app’s soft launch in May, OptUp users have increased their OptUp score by an average of 13 points, Kroger said.
With about 120,000 downloads so far, and a goal to reach 1 million by mid-2019, the retailer plans to integrate OptUp’s digital components in-store beginning in January, such as offering OptUp score labels, dietary tags and nutrition callouts on its products, including Home Chef meal kits, and reorganizing its product assortment to reflect how items rank in the OptUp nutrition profile. But driving downloads is just the beginning, Chance said. Kroger plans to roll out additional features, both in-store and on the app, to continue user engagement and enhance the gamification aspect, such as potentially offering incentives for hitting new goals, like personalized coupons.
“That’s a starting point, but it has to be something that people use, not just download and forget that they have it on their phone,” Chance said.