Instacart looks north of the border

Capitalize on the Growing Trend of Plant-Based Proteins 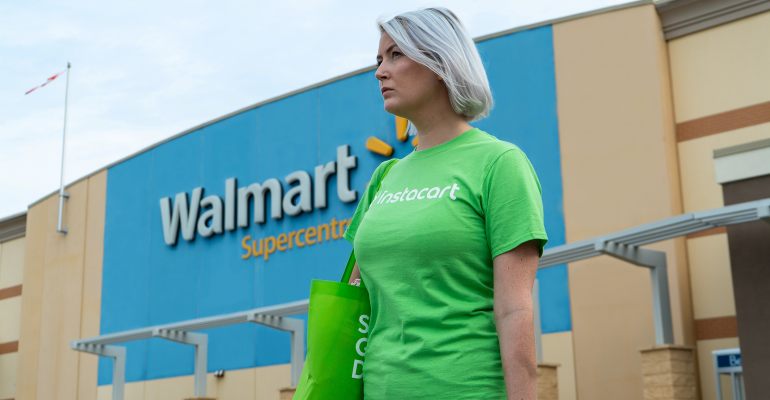 Instacart is laying the foundation to build up its online grocery delivery business in Canada.
The San Francisco-based company plans to construct a new Toronto technology hub, dubbed Instacart North, and hire 200 more employees over the next few years in the areas of engineering, product, design, and research and development.

Instacart North is slated to open its doors next year. The current Toronto office at Wellington Street West and Portland Street has more than 80 employees, mostly from Instacart’s acquisition of Unata earlier this year. The Canadian startup, which operates as an independent subsidiary, offers grocery retailers an all-in-one e-commerce platform.
“As a Canadian and alumni of the University of Waterloo engineering school, I’m proud to see Canada — and Toronto, in particular — grow to become one of the most influential tech hubs in North America,” Instacart CEO Apoorva Mehta said in a statement. “When I was a student at Waterloo, the perception was that you had to leave Toronto and head to Silicon Valley to make an impact in tech. Today, that’s no longer the case, as Toronto has quickly become one of the hottest tech markets in the world.

“The innovation and talent coming out of Canada are world-class,” Mehta added, “and Instacart is excited to invest in this growing community as we focus on unlocking more value for our customers and delivering them the groceries they want from the local brands they love.”

Currently, Instacart has two Canadian retail partners: Walmart Canada and Loblaw Cos. Instacart home delivery with Walmart Canada kicked off on Sept. 13 at a dozen stores in the Toronto area and is scheduled to be followed by a pilot of the service at five stores in Winnipeg starting on Sept. 27.
For Walmart Canada, the Instacart pilots mark the first time that Toronto customers had same-day grocery delivery and the first time Winnipeg customers will have access to grocery home delivery.
The partnership with Loblaw began in early December with Instacart delivery from Loblaws, Real Canadian Superstore and T&T stores in Toronto. The service then launched in the greater Vancouver area in January. Instacart now provides grocery home delivery for 250-plus Loblaw Cos. stores from British Columbia to Nova Scotia.
Instacart said its service reaches more than 50% of Canadian households and over 70% of U.S. households. The company, with about 600 full-time employees in the U.S. and Canada, works with more than 300 retailers and serves 15,000 stores across more than 4,000 cities in North America.
Chief business officer Nilam Ganenthiran told Supermarket News in an interview this spring that Instacart aims to serve more than 80% of households in North America by the end of 2018.