Amazon is using AI in almost everything it does 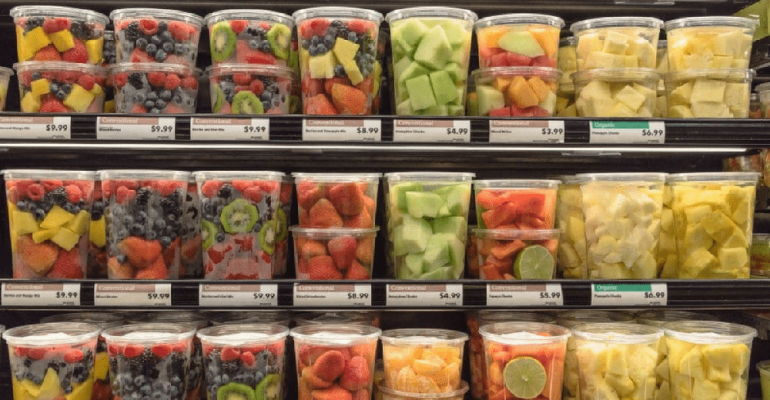 Russell Redman 1 | Sep 27, 2018
The Food and Drug Administration has proposed new food recall guidelines on when it will identify retailers where consumers may have purchased affected products.
In draft guidance issued yesterday, the FDA said it will publicly disclose retail locations that may have sold or distributed a recalled human or animal food in situations where there’s a “reasonable probability” of causing serious adverse health consequences or death.
Under the new policy, the FDA would publicize “retail consignee” lists for food recalls involving products likely to be available for consumption and not easily identified from their retail packaging or lack of packaging. Examples would include food sold directly to consumers with no UPC or bar code, such as deli cheese, nuts, rawhide chews or pet treats sold in bulk and fresh fruit and vegetables sold individually.
The FDA also may disclose retail consignee lists when a recalled food is related to an outbreak of foodborne illness and the information could help safeguard consumers. For example, the agency might name retailers for a packaged food distributed in a certain region or through a particular online seller if that information could help consumers protect their health.
Retail consignees include retail establishments that sell to consumers physically present in the store, such as supermarkets, pet stores and convenience stores; receive orders via phone, mail, internet, catalog or other means; and deliver food products to consumers directly through a third-party service. Depending on the nature of the distribution of a recalled product, information disclosed by the FDA would include specific retail store names and addresses or retail chains and geographic areas.

In announcing the proposed guidelines Wednesday, FDA Commissioner Scott Gottlieb said the agency traditionally hasn’t released lists of retailers where recalled foods may have been purchased because certain supply chain information is confidential between retailers and suppliers.

The FDA typically works with companies to publicize labeling information, product descriptions, lot numbers, photos and geographic or retail-related distribution information when a recall is initiated to help consumers determine if they have the recalled product and need to discard it or return it to the place of purchase, he explained. 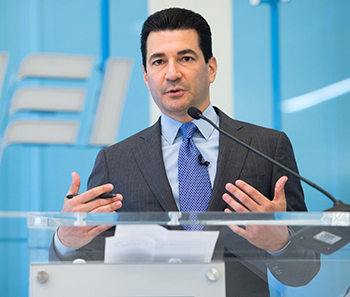 “In most cases, information publicized by the recalling company is sufficient to allow consumers to identify and avoid recalled product,” said Gottlieb (left). “But there are some cases where additional information about the retailers selling potentially harmful product may be key to protecting consumers, such as when the food is not easily identified as being subject to a recall from its retail packaging and the food is likely to be available for consumption.
“It is particularly important in situations where the product has already been linked to foodborne illness,” he noted. “In these situations, providing retailer information can help consumers more quickly and accurately recognize recalled product and take action to avoid the product or seek assistance if they’ve already been exposed.”
The FDA said it has already taken steps in line with the new policy. For example, this summer, the agency released detailed retail distribution information by state in a recall of pre-cut melon linked to an outbreak of salmonella.
Gottlieb said the new guidelines, which build on a January release of draft guidance on public warnings to consumers, will provide more transparency and improve the efficiency of recalls.

“Knowing where a recalled product was sold during the most dangerous food recalls can be the difference between a consumer going to the hospital or not,” he said. “While we can’t prevent every illness, we can make sure we provide information to consumers to prevent more people from becoming sick from a recalled or hazardous food product.”
Grocery retailers saw a spike in food recalls and public health warnings over the summer. Besides the fresh-cut melons, they included beef, pork and poultry salads and wraps distributed by Caito Foods that were possibly contaminated with cyclospora; a cyclospora outbreak linked to salads supplied by Fresh Express to McDonald’s; possible salmonella contamination of an Associated Milk Producers whey powder used in an array of popular food products; a possible salmonella contamination of Hy-Vee Spring Pasta Salad; and a potential salmonella contamination of Kellogg’s Honey Smacks cereal.
In the past week, the U.S. Department of Agriculture announced the expansion of a recall of ground beef products supplied by Cargill Meat Solutions because of a potential E. coli contamination. The recall — initially involving Albertsons, Safeway, Pak ‘N Save and Vons stores — was extended to include Aldi, FoodMaxx, Meijer, Sam’s Club and Target stores.
The Food Marketing Institute plans to provide comment on the new FDA draft guidance, according to FMI spokeswoman Heather Garlich. 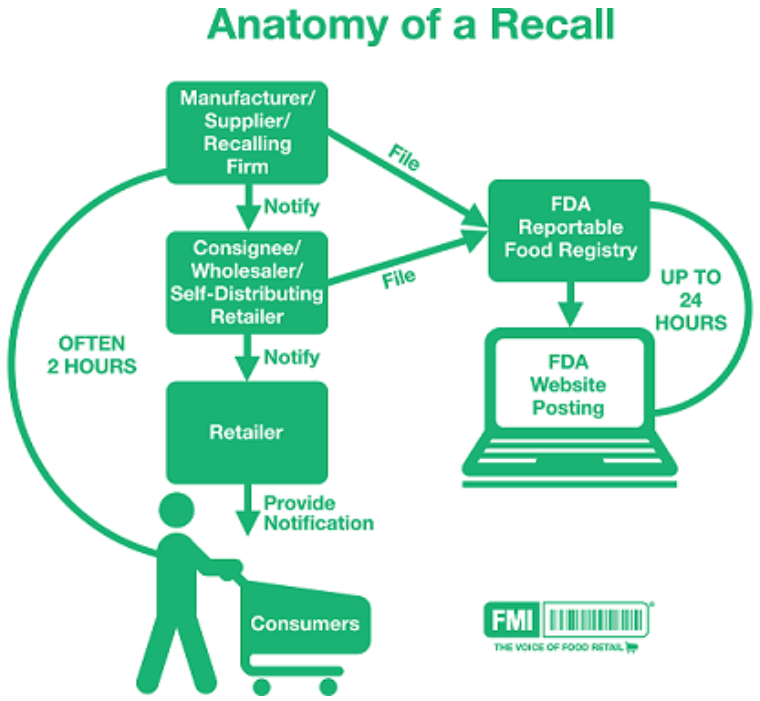 “No matter the root cause of a recall, food retailers take them seriously and act swiftly to remove the questioned product from commerce and alert their customers. Grocers work to ensure that the foods are taken care of while they are in their control,” she said. “Food retailers remove products from store shelves often within two hours or less after receiving a recall notice.”
Garlich added that the USDA’s policy has been to publicly release the names and locations of retail consignees of recalled meat or poultry when there’s the threat of serious adverse health consequences or death.

The Grocery Manufacturers Association (GMA) also welcomed the new policy proposed by the FDA.
“Food safety is the No. 1 priority for food and beverage manufacturers, and we support transparency efforts and any policies that enhance public health,” GMA spokesman Roger Lowe said. “Our industry devotes enormous resources to ensure the safety of products for consumers. But even with the most sophisticated food safety systems, a product recall can occur. In the event of a product recall, the primary objectives of manufacturers and retailers should always be to inform consumers and get the affected products off the shelves immediately.”
For consumers, the most important information to note in a product recall is the manufacture lot codes, according to Lowe.
“Lot codes are clearly marked on all packaged food items and, in the event of a recall, the lot codes are listed in the public notices issued by the recalling company and are displayed in retail outlet announcements,” he said. “Consumers who are concerned about previously purchased products should continue to check lot codes posted on websites and at retail locations for the most accurate and up-to-date information, as that information is more reliable and current than a generic list of affected retailers.”