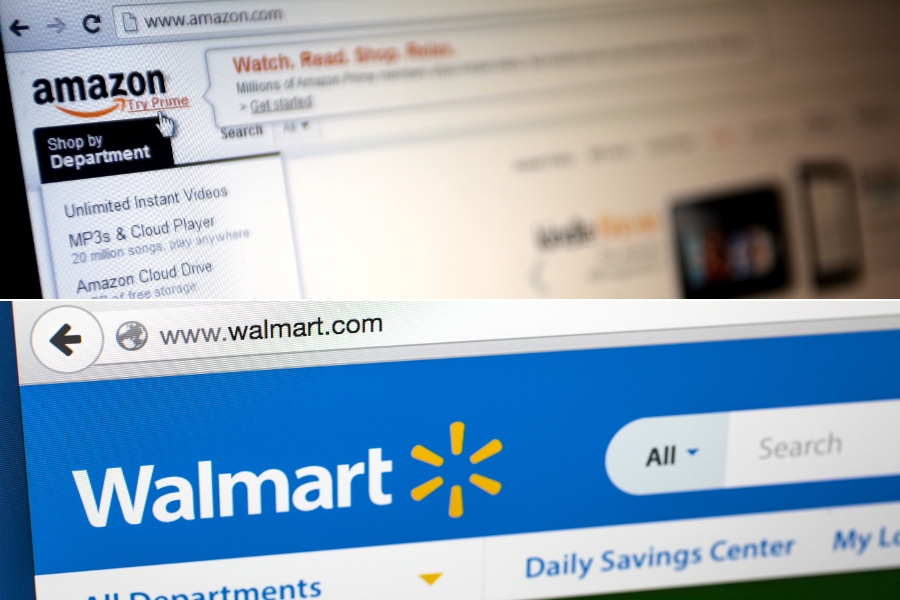 Amazon is by far the most-shopped online retailer for groceries, but Walmart still holds a “confident lead” over brick-and-mortar competitors in the ecommerce space, new research from Coresight Research reveals.
Some 59 percent of online grocery shoppers surveyed said they purchased products from Amazon in the past year, compared to 26 percent for second-place Walmart, whose share of online grocery shoppers is still much lower than its share of in-store grocery shoppers due to Amazon capturing so many online purchases. However, one indication of the Bentonville, Ark.-based retailer’s online strength is that it enjoys a narrower gap between online and in-store shopper penetration rates than its major rivals do.
While the Seattle-based ecommerce giant is most-shopped for grocery ecommerce, that doesn’t mean it’s used for regular trips: The research actually suggests that shoppers typically don’t use Amazon for conventional, full-basket grocery shopping trips, but do use Walmart’s ecommerce for such occasions. According to the report:
Share