Ralph Jennings , CONTRIBUTOR Opinions expressed by Forbes Contributors are their own. 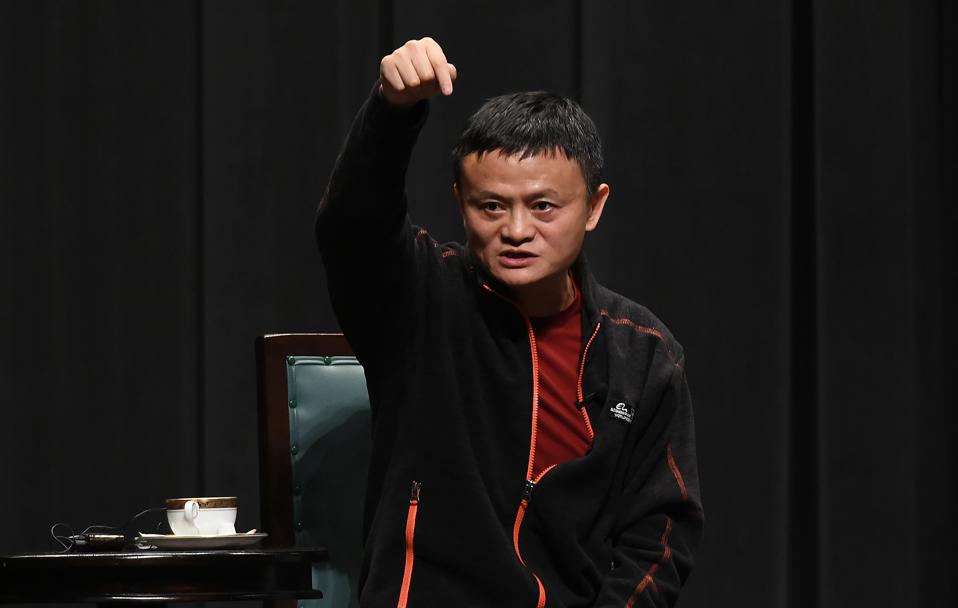 Executive Chairman of Alibaba Group, Jack Ma shares his experiences and vision of an entrepreneur at Waseda University on April 25, 2018 in Tokyo. (Photo by Jun Sato/Getty Images)

Nearly 400 startups showed this month at Asia’s biggest annual tech show in Taipei, up more than 100 from last year. Anchoring their showroom at 2018 Computex Taipei was the Alibaba Entrepreneurs Fund, part of the China-based Alibaba e-commerce empire. The fund’s management carved out a mini amphitheater surrounded by some of the 23 prosperous companies from Taiwan and 16 from Hong Kong that it has supported since 2015 with a fund size of $461 million.

The startup fund is growing businesses in Hong Kong and Taiwan with the ancillary benefit of showing them that mainland China can play nice, analysts suggest.
“Politics are always local, so boosting the tech and startup communities in Hong Kong and Taiwan is a win for everyone,” says Danny Levinson, past chairman of the American Chamber of Commerce Shanghai’s IT committee.
China has ruled Hong Kong since 1997 and claims sovereignty over Taiwan, which remains self-governed.
Alibaba joins other mainland China stakeholders in following Chinese President Xi Jinping’s “lead to jumpstart sectors in Taiwan and Hong Kong,” Levinson says.

The success of firms it has funded to date show how far Alibaba has gotten in both places. And the fund is far from used up.
China’s economic magnetism
Alibaba’s investments reveal an aspect of mainland China that Taiwanese and Hong Kong business people invariably like–its money and market potential.
“China is a very big market and people reckon that Alibaba has a lot, a big base there, so there’s a good chance they can leverage on our platform to go into mainland China,” the fund’s executive director Cindy Chow said for this article during the Taipei show June 6. “So, I do recognize this is an attraction.”

Alibaba, one of the world’s biggest public companies with market capitalization of $499.4 billion, invites funded startups every year to meet at the master company’s Hangzhou headquarters. They talk with one another and sometimes with Alibaba itself about how they might collaborate. Sometimes the fund uses “internal resources” to help the startups grow through partnerships, Chow says. 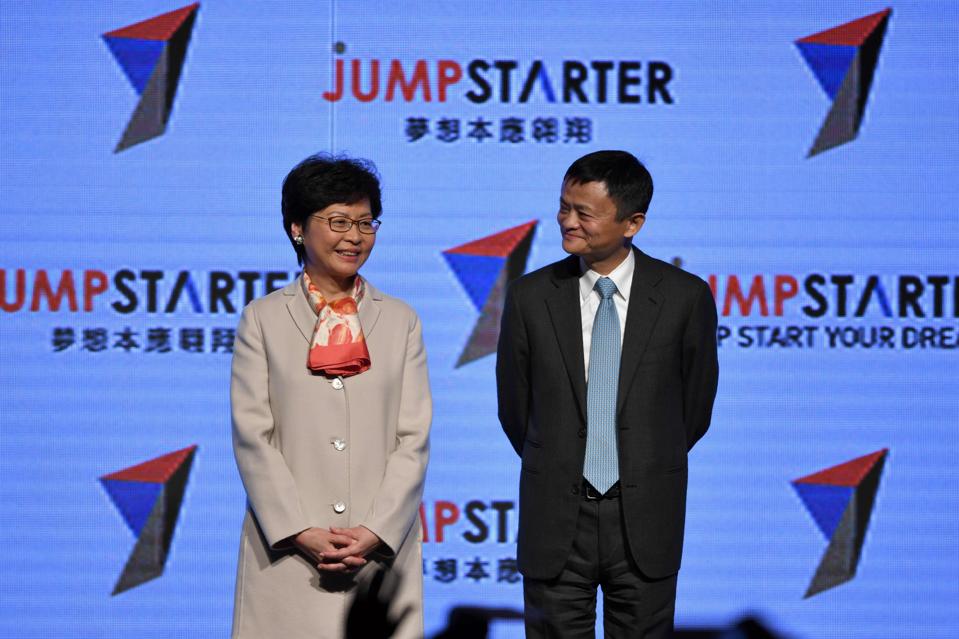 One of the fund’s portfolio firms, GoGoVan of Hong Kong, merged last year with fellow on-demand logistics firm 58 Suyun, a mainland Chinese firm also backed by Alibaba. The merged delivery firm became a startup unicorn with a value of $1 billion.
Origami Labs, maker of a finger ring that can answer phones, is another Alibaba-funded firm from Hong Kong. It has raised a total of $2.5 million in capital.
Among the Taiwan startups backed by Alibaba, an official from travel booking service KKDay said it had grown profitable on sales in Japan and Southeast Asia. It arranges event tickets and local transport for groups of three. Fellow Taiwanese funding recipient Bitmark, which uses blockchain technology to turn personal data into salable assets, had raised $1.7 million as of 2016.
Low hanging fruit for China
Fund managers look for startups that can grow commercially on specific offerings, technology and founder experience, Chow says. They look for firms that will be viable offshore, particularly in fast-growing Southeast Asia, sometimes with IPO potential. Any profits go back into the fund itself.
More on Forbes: GoGoVan CEO Steven Lam On The Gov’t’s HK$2 Billion Fund For Startups And Advice For Entrepreneurs
“They’re both low-hanging fruit, Chinese-speaking markets that have good potential for Alibaba, and the entrepreneurship program is a good way to integrate those markets’ leading young tech innovators into Alibaba’s ecosystem at the ground level,” says Mark Natkin, managing director of the tech market research firm Marbridge Consulting in Beijing.
Chow would not say how much of the $127 million Hong Kong fund was still looking for takers, but a company representative says just $67 million of the $334 million Taiwan fund has been allocated.