Walmart Leads Online Grocers in Pickup, But Must Boost Subscription Ordering to Gain on Amazon 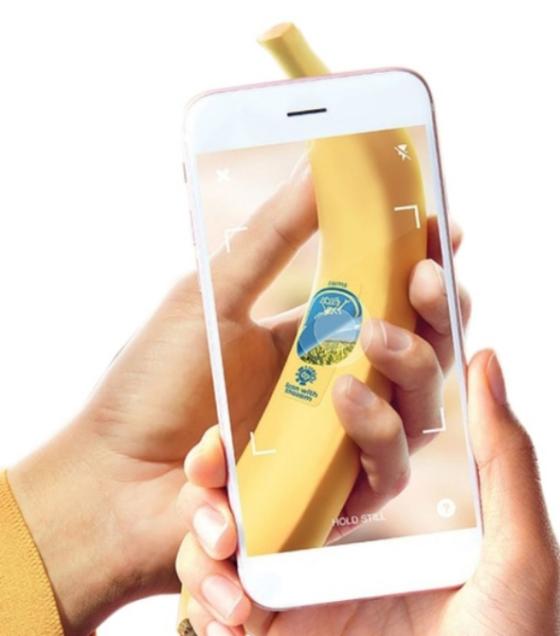 “Mobile apps are the epitome of blurring the lines between physical and online shopping,” says Tory Gundelach, VP of retail insights at Kantar Consulting, in Boston. “Shoppers are no longer willing to accept one experience in store and a different experience online, and apps are one of the best ways to bridge that gap.”
In a little more than a decade — the launch of the iPhone in 2007 took the on-the-go connectivity out of the businessperson’s hands and put it into every person’s hands — the smartphone and its resulting applications, or apps, have completely revolutionized the shopping experience for consumers. No longer do they need to wait until they get home to do a price comparison or look up a product’s details. They can do it while shopping in your store’s aisles.

“As the app-shopping experience becomes more seamless, it will inherently help shoppers make decisions,” Gundelach adds. “Imagine a world where shoppers have at their fingertips detailed and relevant product information, in-stock and store location information, a personalized price, and connection to their social network — shoppers will have all of the resources they could need to make purchase decisions. For retailers, we are already seeing them integrate apps into store operations to show shoppers in-stock and location information. Even extended aisle offerings can help retailers tailor assortments while minimizing inventory.”

Gundelach notes that one trend to watch is the gamification of shopping apps.

“Whether it be about tracking points or about playing an AI game, apps are expanding outside of purchasing,” she observes.

Cheih Huang, founder and CEO of New York-based Boxed, calls these types of apps “science projects.” They have a lot of really cool features like augmented or virtual reality, but “the reality is a significant portion of the population is not going to use AR/VR to buy toilet paper or celery,” he notes.

“That’s not to say that won’t be huge in the future, but right now, they are more like science projects and just making sure we are understanding cutting-edge technology and where the future could go,” he says.

A few recent app launches are experimenting with the technology’s direction. For instance, Chiquita  recently partnered with London-based Shazam to allow “customers to ‘peel back’ and see the actions behind our Blue Sticker to produce, ship and provide the best fruit possible,” says Jamie Postell, director of sales, North America at Fort Lauderdale, Fla.-based Chiquita Brands.
Shoppers use the Shazam app to scan specially coded Chiquita stickers to take them on a virtual tour of the banana’s journey, from the farmer who raised it, to sustainability and harvesting practices. Postell notes that 16 percent of users “Shazamed more than one banana.” In the United States, 69 percent of those “Shazaming” the bananas were Millennials.

“There is a unique opportunity for retailers to leverage new technology to drive more consumers in store, but also to create unique experiences in store to help them discover and learn more about various brands,” Postell adds. “Now more than ever, consumers want transparency of their food. They also want to know what companies are doing to make the world a better place. Retailers can work collaboratively with brands to strengthen programs that address shopper concerns and provide added value to the shopping experience.”

Francesco Rinaldi pasta sauces, from LiDestri Food and Drink, also recently debuted an AR app that brings the brand’s spokeswoman, Mrs. Rinaldi, to life. “I knew we had to disrupt the category and that we had to do something that was really unique, but really current,” says Mary DeMarco, creative and branding director for the Fairport, N.Y.-based company.
Shoppers download the Francesco Rinaldi AR app, and depending on which pasta sauce variety they’re pointing their phones at, Mrs. Rinaldi comes to “life” and speaks about the attributes of that particular sauce.

“She’s got a little bit of sass and a really awesome accent,” DeMarco notes. “I thought she’d be super-engaging for consumers.”

As for what the future may bring when it comes to digital integration into the shopping experience, Boxed’s Huang thinks it will be along the lines of “that Netflix experience.
“Netflix is wonderful because it doesn’t care if you’re on your iPhone and your family members are on their Android, and maybe the kids are on their PlayStation,” he goes on to explain. “It doesn’t care where you are, but it knows who you are and delivers content however you want it, whenever you want it. Something so simple as that for food doesn’t exist. You’re starting to see more buy online, pick up in store via apps. You’re starting to see scan and go. You’re starting to see more use cases because everyone is running towards that final experience, which is that Netflix-style experience for the customer.”